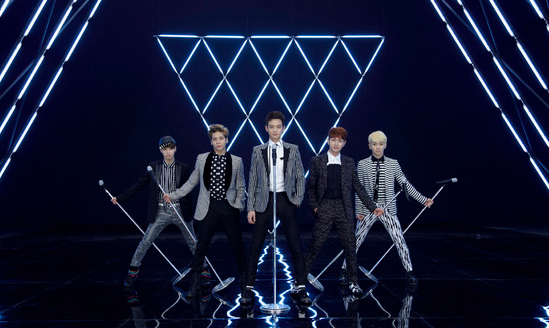 SHINee recently made their comeback with title track “Dream Girl” and it’s been revealed that their mic stands cost quite a lot!

The mic stands have been specially made for SHINee and was made out of duralumin, which is an aluminum alloy that is characteristically strong and lightweight. SM Entertainment ordered ten mic stands to be produced specifically for SHINee’s performances.

It’s been revealed that it took three different tries to create the current mic stands. For the first round of production, the mic stands were made of stainless steel, which was considerably heavy. SM Entertainment decided to use duralumin instead of stainless steel, which decreased the weight by a third. However, the mic stands went through another round of revision due to an accident during their first performance at Mnet’s “M! Countdown” last month where the bottom of the mic stand fell off.

An official from SM Entertainment commented, “For the third production, we took care of the problem [from the accident]. We also decided on duralumin because it contains a high amount of magnesium and copper. We spent much effort to ensure that the members were able to perform comfortably.”

SHINee is currently receiving attention for their mic stand choreography.

SHINee
SM Entertainment
KPLG
How does this article make you feel?