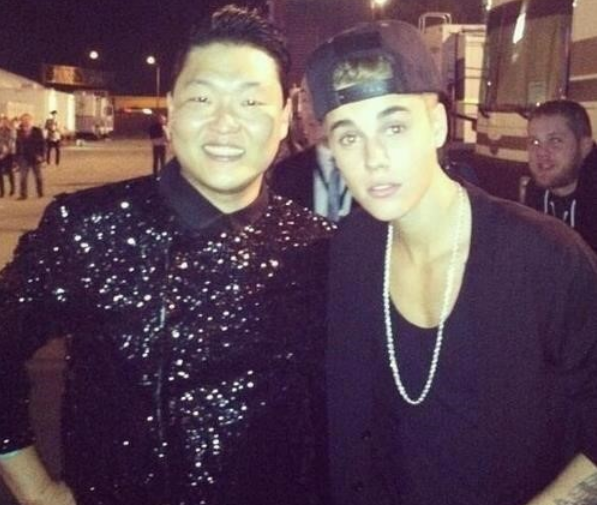 On March 6 on his Twitter, singer PSY uploaded a photo as he tagged singer Justin Bieber. PSY also left a message, “When was this?”

The photo was taken at the 40th American Music Awards (AMAs) that took place in November 2012. At the ceremony, PSY received the New Media Award.