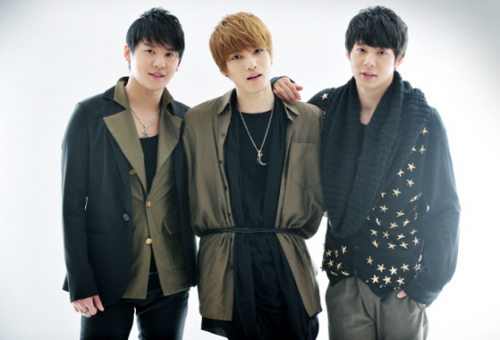 Turkish Fans to Send JYJ’s Photo Up into Outer Space

Turkish fans of JYJ will be sending a photo of Kim Jaejoong, Park Yoochun and Kim Junsu into outer space.

As part of a photo project that is being executed by a local bank, JYJ fans in Turkey will send a JYJ photo as well as the fans’ message toward JYJ into outer space on March 18. The fans have shared this news along with their space travel certificate through YouTube, which has been garnering much attention.

JYJ’s fans spoke with eNEWS and said, “The rocket with the capsule will take off on March 18. This is a project by a Turkish bank.”

eNEWS spoke with the bank in charge and found out that the messages and photo will not be on a rocket but tied to a special balloon. After the balloon reaches the tip of the earth’s atmosphere, the message and photos will break apart from the balloon and float in space.

eNEWS also spoke with the Korean Council of Turkey and they said, “We have checked the message. It is true that the JYJ fans of Turkey will send a message and a photo of JYJ into space.”

They continued, “JYJ is the K-Pop group with the most fans in Turkey. In the past, Jaejoong was invited to a state dinner by the Turkey president and attended, which proved the growth of Hallyu and helped improve the cultural exchange between Korea and Turkey.”

Other celebrities who have had fans do similar outer space events include Super Junior‘s Kim Hee Chul, Jang Woo Hyuk and Jang Nara. But this is the first time that fans will have sent a message and photo into outer space.

Meanwhile, JYJ will be throwing a concert in early April at the Tokyo Dome in Japan.

JYJ
KPLG
How does this article make you feel?