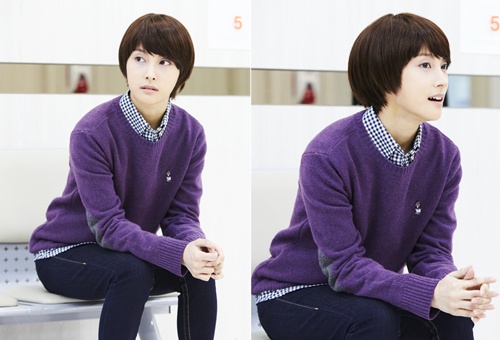 Kara’s Gyuri Transforms into a Handsome Boy for Upcoming Drama

On the new drama “The Nail Shop Paris,” which will start its broadcast in April, Kara’s Park Gyuri will be playing the female lead who will cross-dresses as a boy to work in flower boy nail shop “Paris.” Recently, photos of Gyuri at the set of the drama were released, increasing the curiosity of many fans.

In the pictures is Gyuri with a bob cut wearing a boyish outfit. This is a very different look for her, especially since she has always been called the “goddess” of her group. However, despite the change, Gyuri still looks gorgeous in these pictures.

Fans that saw the photos admired, “I love her face,” “She still looks like a girl to me,” “I am so looking forward to this drama.”

Meanwhile, “The Nail Shop Paris” will be aired on both MBC Drama Net and MBC Queen.

Soompiers, what do you think? Did she successfully pull off the bob cut?

KARA
KPLG
Park Gyuri
The Nail Shop Paris
How does this article make you feel?