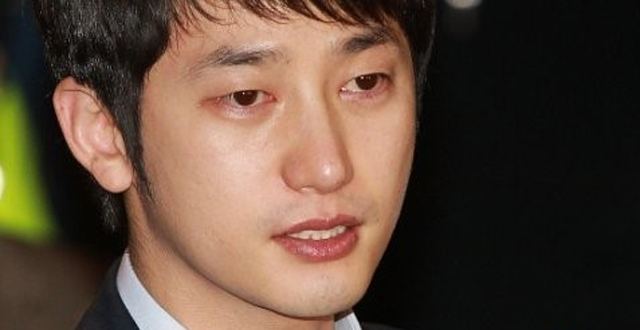 Now that the allegations from the Park Shi Hoo scandal are starting to wind down, let’s take a step back and try to break down all the press that’s been thrown at the public. (Seriously, it’s been “Throw everything at the wall and hope something sticks.”)

Here’s the story as we know it. Rookie actor K set up actor Park Shi Hoo and trainee A to meet up for drinks on February 14, 2013. They all arrived after 10:30 PM and stayed about three hours.

At least one bottle of soju was consumed. Park is said to be a lightweight drinker so we may assume that they did not drink to his limit, but the actual limit is not clear. (I advise ignoring this part of the story altogether.)

Park paid for the drinks, then K drove him and A to Park’s home. Park walked in as K carried A in on his back. Everyone agrees that Park spent the night with A. No one agrees on the nature of what happened to A.

On February 18, A decided to report Park for rape. It is not uncommon for rape to go completely unreported, so the delay is not evidence of anything, although it does make it impossible to trace drugs and difficult to trace other biological evidence. Park was summoned for questioning on the 19th and then the 24th, but failed to appear both times. His third summons was for March 1, which I assume he showed up for. He also felt that the particular police department was being too open with the press so he requested that his case be passed to a different department.

Meanwhile, A consulted with best friend B, who spoke to CEO C, who spoke to CEO Hwang of Park’s former agency, Eyagi Entertainment. Park has countersued A for defamation, and also her associates B and C. Oh, and parts of the texts and such exchanged between A and K have been revealed but not in full. (Why the evidence was aired on TV and not controlled by the police is beyond me.)

A claims that Park raped her on the morning of February 15, and that she awoke naked and being molested by K. Park maintains his innocence and K is backing him. And then, there’s this other problematic character, A’s friend B and her suggestion that date rape drugs were involved. What happened that night?

It was reported that she had to be carried into Park’s home, so she couldn’t have been in any condition to consent. That fact alone needs to be taken seriously. However, she also couldn’t have been in any condition to count the number of times that she was raped (as has been pointed out so astutely by at least one Soompi commenter). One possible reason is that she’s just tripping on the buzz. It sounds as if she talked to her family, B, the CEOs, the press. Memories can be affected by suggestions, so if, for example, a reporter grilled her on details using suggestion, her story could evolve away from the truth. It would have been wiser for her to restrict talking to just the police and the people processing the evidence.

I believe that it is very possible that Park Shi Hoo is not lying. I also believe that telling the truth as he saw it does not rule out rape. Many of us know that drunk people cannot consent to, well, anything. Things work differently in drama-land, where men and women get drunk together, sleep together, and life goes on. It romanticizes the whole “upset girl gets drunk, has sex with the guy who escorts her home” thing. A lot of guys on TV do the right thing and walk away, but that’s set up like “This is proof that he has a heart of gallant gold,” instead of “All guys should default to this behavior.” In Park Shi Hoo’s mind, he is the main character of his life story, because that’s how people think.

Human nature needs to be accounted for when analyzing what we’ve been told about what happened.

Still, we don’t really know what happened. People always ask the public to refrain from drawing conclusions before the investigation releases its results for good reason. I can’t tell you who’s in the right and who’s in the wrong. In the end, the direct results of the investigation really only pertain to Park Shi Hoo, K, and A. If Park Shi Hoo turns out to be innocent (as Sherlock Holmes would say, “There is nothing more deceptive than an obvious fact,” so I discourage taking news reports for granted), he’s back in business. If not, his career is over. If K did not molest A, he’s also in the clear. A, on the other hand, might want to find a career away from the spotlight before the infamous netizens uncover her identity, no matter what the outcome of the investigation is.