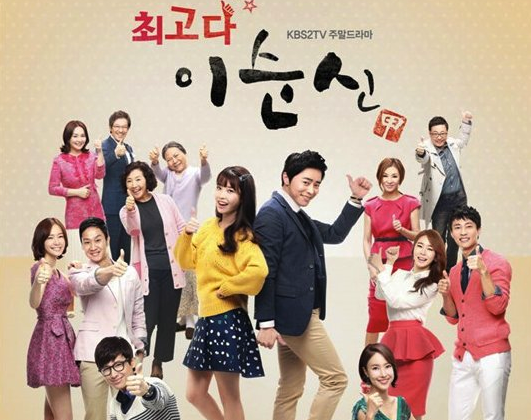 On March 10, viewership survey company Nielson Korea released information that episode 1 of “The Best Lee Soon Shin” earned a 22.2% national viewership rating, placing it at the top of weekend dramas to watch. In comparison, the first episode of “My Daughter Seo Young” brought in a viewership rating of about 19.3%.

Creative writers and producers group “A Story” released this statement regarding the drama’s high viewership count, “Just as ‘The Best Lee Soon Shin” has gained a 20% viewership rating, we hope the drama continues to climb in viewership numbers like “My Husband Got A Family” with 22.3% and “My Daughter Seo Young” with 19.3%. These dramas currently carry about 50% of the viewership numbers and we’d like for ‘The Best Lee Soon Shin” to continue to draw the interest of viewers.”

“The Best Lee Soon Shin” is a drama about a father’s unexpected death that leaves a mother and daughter on their own to make ends meet and embark on their search for happiness and reconciliation. The drama is centered around the youngest daughter, Lee Soon Shin as she blossoms into a young woman, discovering love and how to pursue her biggest dreams.

It has been reported that IU swept viewers off their feet with her full transformation into her character, Lee Soon Shin. Anticipation for how the chemistry between actors IU and Jo Jung Suk will develop has risen since the airing of the first episode.

If you haven’t watched the first episode yet, here’s a quick recap! After being fired from her part-time job, Soon Shin gets cast as an acting trainee off the streets. Although her family opposes it, she pursues the opportunity to dream a bigger dream with her mother’s support and encouragement.

Meanwhile, there has been some controversy around the drama its usage of the name “Lee Soon Shin,” which also belongs to a famous historical figure in Korea.