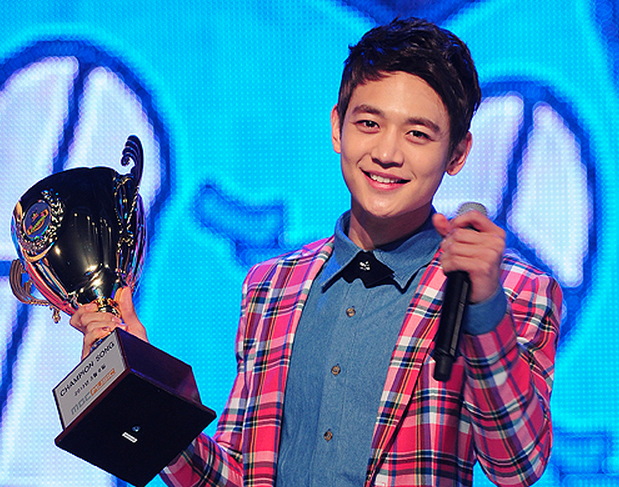 SHINee‘s Minho revealed that his ideal type was none other than the famous actress and all-around beauty Kim Tae Hee.

On March 11, he let his inner fanboy speak for his adoration for the beautiful actress on “Beatles Code 2.” He gushed, “Actress Kim Tae Hee is my ‘Dream Girl.'”

The topic was brought up during the “Introduction to Musicology” segment of the show, where SHINee members were asked to talk about their first love and associated songs. Minho stated, “Just like SHINee’s song ‘Dream Girl,’ Kim Tae Hee is my ideal type and the girl of my dreams.”

He’s had it bad for Kim Tae Hee for many years in fact. “Ever since I was in middle school, I’ve been a fan of Kim Tae Hee. I’ve met her once on a plane, but I was too shy to even say hello,” he stated.

He concluded it by recording a video message for Kim Tae Hee in case she might have missed the adorable idol’s confession.

SHINee
Kim Tae Hee
Minho
KPLG
How does this article make you feel?