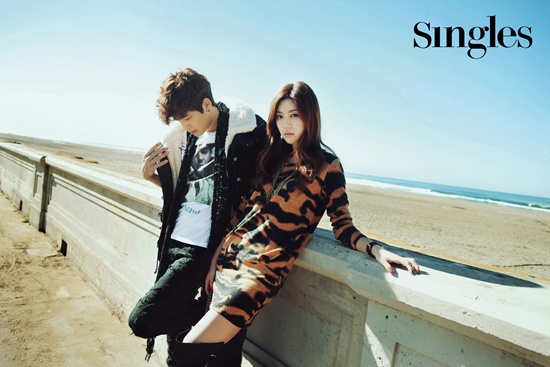 Recently, an online community bulletin posted a picture under the title “Waiting for her man at the military, Park Han Byul’s military photo.” It’s been noted that she revealed this picture in March last year through her twitter, but it’s receiving belated attention since her longtime boyfriend Se7en will be entering the military before the end of this month.

Inside the picture, Park Han Byul poses for the camera in a military uniform. She’s sitting with a correct posture and delicately holds onto the gun. Even though one associates toughness with the military, her cute charms easily shines though.

Netizens who saw the picture commented, “To leave this kind of girl to go to the army, Se7en must feel sad,” “She still looks like a goddess even though she’s wearing a military outfit,” “The face is the finishing touch of fashion.”

Park Han Byul
Se7en
Military
KPLG
How does this article make you feel?