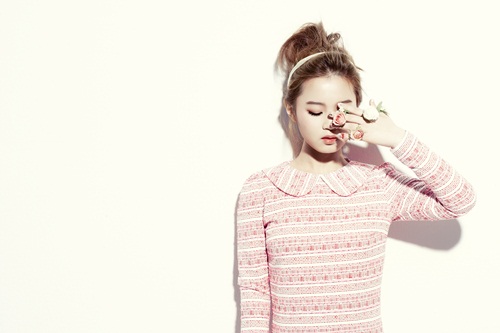 One of the hottest rookie artists right now, Lee Hi, recently expressed her thoughts about the four member group SuPearls.

Lee Hi spoke with Star News for an interview on March 11 and said, “If the four of us were together, we would’ve filled up each other’s lacking points,” and “If only the team’s chemistry was good, my weak points would’ve been made up for.”

SuPearls was a group that was born during season 1 of “K-Pop Star” last year. Originally, the members consisted of Park Ji Min, Lee Seung Joo, Lee Michelle and Lee Jung Mi. However, with Park Ji Min going to JYP Entertainment, YG decided to replace her with Lee Hi.

But Lee Hi debuted as a solo artist with “1, 2, 3, 4” and the other three members remained as YG trainees. But not long after, SuPearls disbanded with each member going their own way.

It seems that YG is busy preparing for other artists’ comebacks and debuts such as Kang Seung Yoon, the new YG girl group, 2NE1 and G-Dragon.

Lee Hi spoke cautiously about SuPearls disbanding and said, “We worked together for 5-6 months but since it all ended, I’m very saddened.”

She added, “We might have been different from the old SuPearls but if we did debut together, we definitely would have heard that this team is really fantastic.”

Lee Hi also shared that she doesn’t pay attention to being compared with the “K-Pop Star Season 1” winner Park Ji Min. She said, “We contact each other a lot frequently and she is a good dongseng with a great personality,” and “She is so talented and skilled, I know she will do better in the future.”

She added, “Park Ji Min and I are both still young,” and “I think it’s too early to judge us and say that we’re this or that. I think we still have a lot of time to grow and mature. Both of us will do much better in the future.”