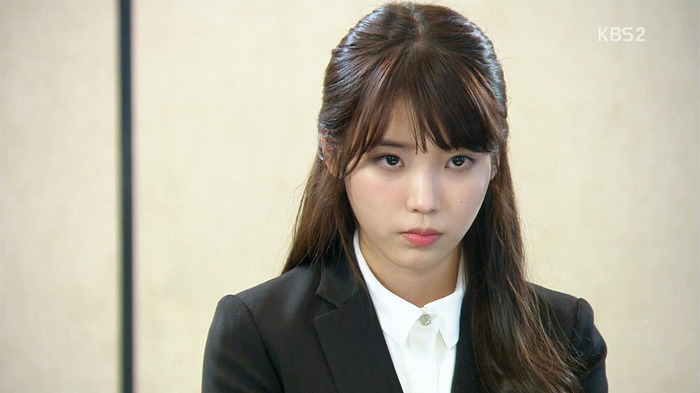 During the first episode that aired on March 9, there is a scene where Lee Soon Shin (played by IU) goes on a job interview. When the interviewers saw Lee Soon Shin’s name, they scoffed and told her, “Why don’t you just go and protect Dokdo,” which caused many viewers to criticize that particular line.

A scene from the following second episode the drama also caused a lot of criticism. It was when Shin Joon Ho (played by Jo Jung Suk) met Lee Soon Shin again. Shin Joon Ho angrily burst, “You little 100 won coin” toward Lee Soon Shin (meaning that Lee Soon Shin is only worth that much). 100 won is roughly equal to 9 cents in US dollars and the scene caused discomfort to viewers who thought the line was disrespectful and negative toward the historical hero Lee Soon Shin.

After that particular scene during the second episode, the drama’s official forum and various SNS outlets were pouring with criticisms. Some of them include, “No matter how hard I try to ignore it, it makes me angry. Did they have to put in that line along with the name Lee Soon Shin,” “Their explanation that it’s just a drama is pathetic,” and “This is clearly a belittlement toward the dignified General Lee Soon Shin. Is it really appropriate for a weekend drama to produce that kind of content.”

On the other hand, others are saying, “It’s just a drama, there’s no need to be so sensitive,” and “There seems to be a reason why they used the name Lee Soon Shin so we should wait and see a little longer.”

“The Best Lee Soon Shin” reps tried to clear up these controversies by speaking to OSEN. They said, “This 50 episode drama is about the main character Lee Soon Shin trying to overcome the harsh coldness of her surroundings.”

For the “100 won coin” line, they said, “The line wasn’t created to belittle General Lee Soon Shin but it was toward the drama’s main character Lee Soon Shin.”

As for the “Dokdo” line, they explained, “This line was inserted because of the recent hot issues surrounding Dokdo and because we thought it would portray the harsh realities of job interviews and the job market.”

KPLG
The Best Lee Soon Shin
How does this article make you feel?