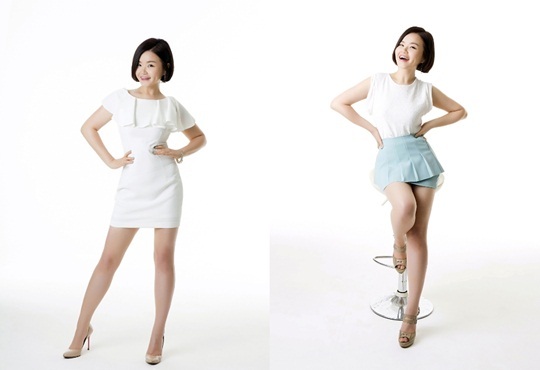 Comedian Kim Hyo Jin is drawing the attention of the public for successfully losing substantial weight after child labor, which many women claim to be an almost impossible task.

She weighed close to 154 pounds (70 kg) before giving birth to her first daughter last October. However, many women are now jealous of her successful weight loss.

Kim Hyo Jin was always petite in frame, but quickly gained a lot of weight after becoming pregnant and had a hard time with the change. In particular, she would experience pain in the joints because of the rapid weight gain. Due to health reasons, Kim Hyo Jin decided to lose weight.

“After becoming a housewife in my 30s, there’s no point in doing diets that require starving,” revealed Kim Hyo Jin. “Especially since I’m a housewife who has to cook, it was difficult even to attempt dieting. I focused on having a regular lifestyle and eating balanced meals. I spent much of my attention on what I ate during dinner.”

Netizens who saw her before and after pictures commented, “Looks like she was successful, but wow. Does her body look like an ahjumma’s?” “Man, celebrities are truly something,” “To lose 33 pounds, she must have endured so much to achieve that.”

Meanwhile, Kim Hyo Jin will return to the screen on March 14 as an MC for cable channel Story On’s “Talk & City.”

Kim Hyo Jin
KPLG
weightloss
How does this article make you feel?