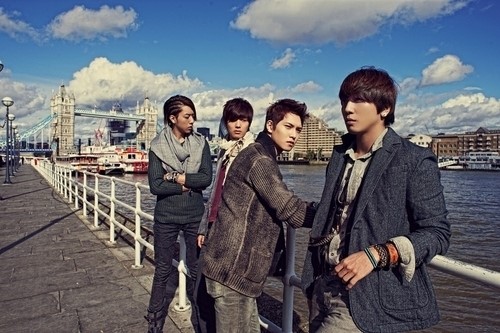 CN Blue’s 2013 World Tour “Blue Moon” began with a successful start. The Hong Kong exclusive concert that will be held on May 11 already sold out all of its tickets within 5 minutes.

Ticket sales for the Hong Kong concert opened on March 10, the total number of tickets that were sold were 7,000. After that, fans continued to show interest “Blue Moon” as a whole. Many fans continued to ask about the upcoming Taiwan and Thailand concerts.
CN Blue’s 2013 world tour “Blue Moon” will begin on April 6. On April 13 they will perform at Singapore, on May 4 in Thailand, and on May 11 they will perform in Hong Kong. Then on May 25 to 26, CN Blue will perform in South Korea.

KPLG
Cn Blue
Blue Moon
How does this article make you feel?