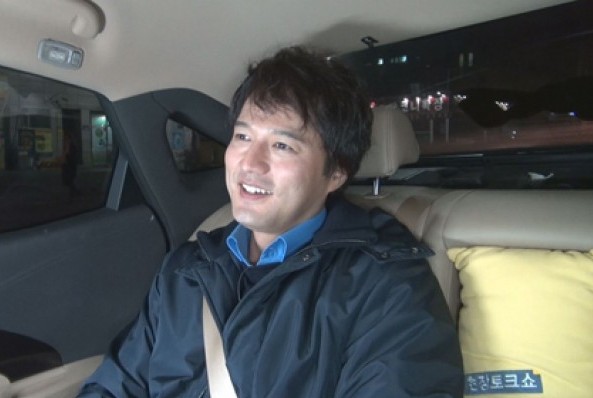 He said that when he first started dating his girlfriend, who is now his wife, he was very much attracted to her. So he asked her, “Will you by my Soju drinking buddy for the rest of my life?” and was able to win her as his bride within three months. Moreover, the secret wedding was also a surprise wedding for everyone. Kim Sung Min explained, “I originally had a birthday party planned and I thought it’d be nice to have my wedding with friends and family there at my birthday party. So, all the people who came to my wedding thought they were coming to another birthday party.”

In talking about his stories, Kim Sung Min could not hold back his tears. He was especially resentful about the wedding. He said, “We didn’t even take wedding photos. All we have of that day is some pictures and video clips taken by my friends’ and colleagues’ cellphones.”

Kim Sung Min
Talk Show Taxi
How does this article make you feel?