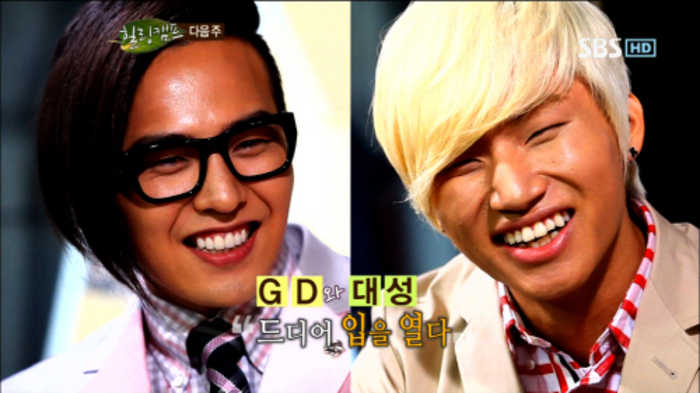 G-Dragon and Daesung to Be Guests on Talk Show “Hwashin”

It has been revealed that Big Bang’s G-Dragon and Daesung will be making an appearance on the new SBS variety show, “Hwashin.”

On March 12, YG Entertainment stated, “G-Dragon and Daesung will be recording ‘Hwashin’ on March 14.”

Last year, the two Big Bang members appeared on “Healing Camp” together for the first time and talked about their honest feelings and stories. However, their “Hwashin” appearance will be a bit lighter and they will be talking about a more diverse topics.

After the Big Bang World Tour successfully ended, the two Big Bang members are preparing for their solo activities.

G-Dragon will be throwing a solo concert titled “One of a Kind” on March 30 and March 31 for the first time in four years.

Daesung released his first solo Japanese album last month called “D’scover” and ranked #2 on the Oricon Weekly chart. He is preparing for his solo concert in Japan as well.