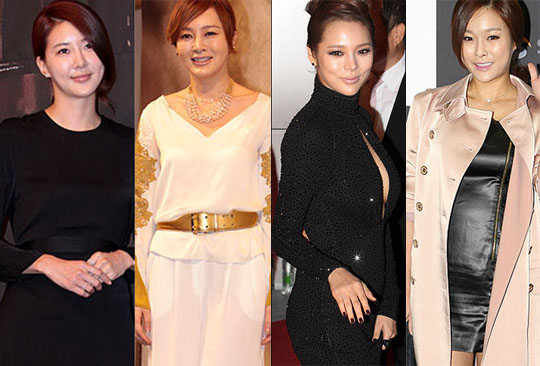 The four actresses, who have been accused of and investigated for illegal usage of the drug, propofol, have been indicted without being detained.

It has also been reported that Hyun Young will be entering into a summary trial.

In addition, the police have indicted two doctors, who have prescibed this drug for reasons other than medical treatment, as well as a Mr. Lee, who continuously prescribed this drug to patients as well.

Here are the various statements from each actress’ agency.

Park Shi Yeon’s agnecy, Eyagi Entertainment stated, “We want to speak to you about the news on Park Shi Yeon that has been reported today. While it is true that Park Shi Yeon visited the hospital for treatment and cosmetics, she has only followed the instructions on the prescription given to her by the doctor,” and “Park Shi Yeon is feeling regrettable about this situation but we will work hard to be cleared on the partrs of the indictments that are different from the truth. We sincerely ask the media and many others to help Park Shi Yeon to continue to show her good sides.”

They continued, “Lastly, we want to deeply apologize for all those who love Park Shi Yeon and all of Park Shi Yeons fans for causing you to worry.”

Jang Mi In Ae released her statement through her agency, C-JeS Entertainment, saying, “First, I am sorry to be part of this negative news. As a public figure, I feel responsible and I am sorry.”

She continued, “Just like I told the police, I went to the hospital for skin treatment and I have received the propofol as part of my anesthetic, prescribed by my doctor. So I am very sorry that the investigation results came out like this. I will reveal the truth at the trial and prove my innocence.”

Lee Seung Yeon’s reps stated, “First, we are sorry that a public figure like Lee Seung Yeon had to be involved in this negative news.”

Finally, Hyun Young’s agency released, “Hyun Young feels deeply sorry for causing this trouble and has announced that she will be dropping out of ‘God of Food Road.'”

Her agency continued, “We hope that this decision won’t negatively affect the program and will work hard to prevent that from happening.”

Hyun Young stated, “I should be delivering healthy laughter to everyone but I think I have caused everyone to worry so I apologize. This program meant more to me than anyone else and it wasn’t an easy decision but I want to start over again as a more mature person.”