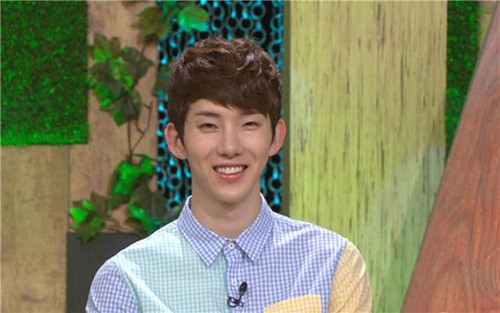 When Seulong and Kim Na Young fooled Jo Kwon into believing they were serious about each other, it caused Jo Kwon to faint! Poor dear.

On March 13, Jo Kwon made a guest appearance on KBS 2TV‘s “Vitamin” and talked about a moment that sent him straight to the emergency room.

He said, “There’s only been one time I’ve been to the emergency room. It was a while back, but Seulong and Kim Na young decided to pull a hidden camera prank and convinced me the two had been dating and were planning on getting married. I guess my system couldn’t take the shock, because once I went into the bathroom the last thing I remember is the urinal and blacking out. My manager happened to see me and sent me to the emergency room immediately. According to the diagnosis, the shock combined with the body aches I was suffering had caused me to faint. They advised me to go to the hospital and have my fluids replenished before my cold grew any worse. I also weight trained three times a week to get my energy level up.”

2AM
Kim Na Young
Seulong
Jo Kwon
How does this article make you feel?