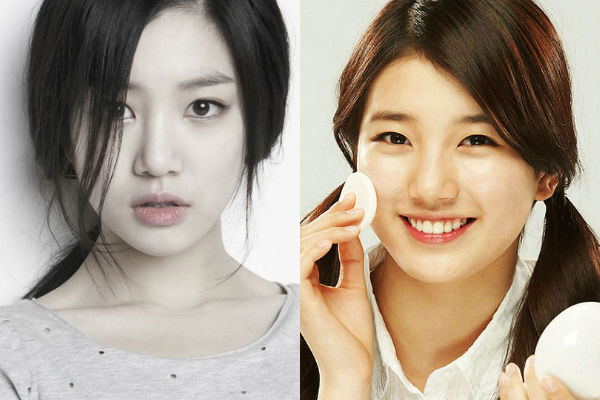 Recently, a post was made on an online community forum with the title, “Suzy and Gyun Miri‘s Daughter Were This Close?” This post contained photos of Suzy and Lee Yoo Bi, who is the daughter of the long-time actress, Gyun Miri. Lee Yoo Bi recently rose to popularity through the hit drama, “Nice Guy.”

The photos were from the script reading room of the upcoming MBC drama, “Gu Family Book.” Although the two actresses play roles that compete for Lee Seung Ki‘s affections in the drama, Suzy and Lee Yoo Bi seemed quite close off-screen.

In the revealed photos, Lee Yoo Bi spreads her arms for a hug toward Suzy. Suzy has a big smile on her face as she accepts the hug. When netizens saw these photos of them hugging, they showed interest in this unexpected close friendship.