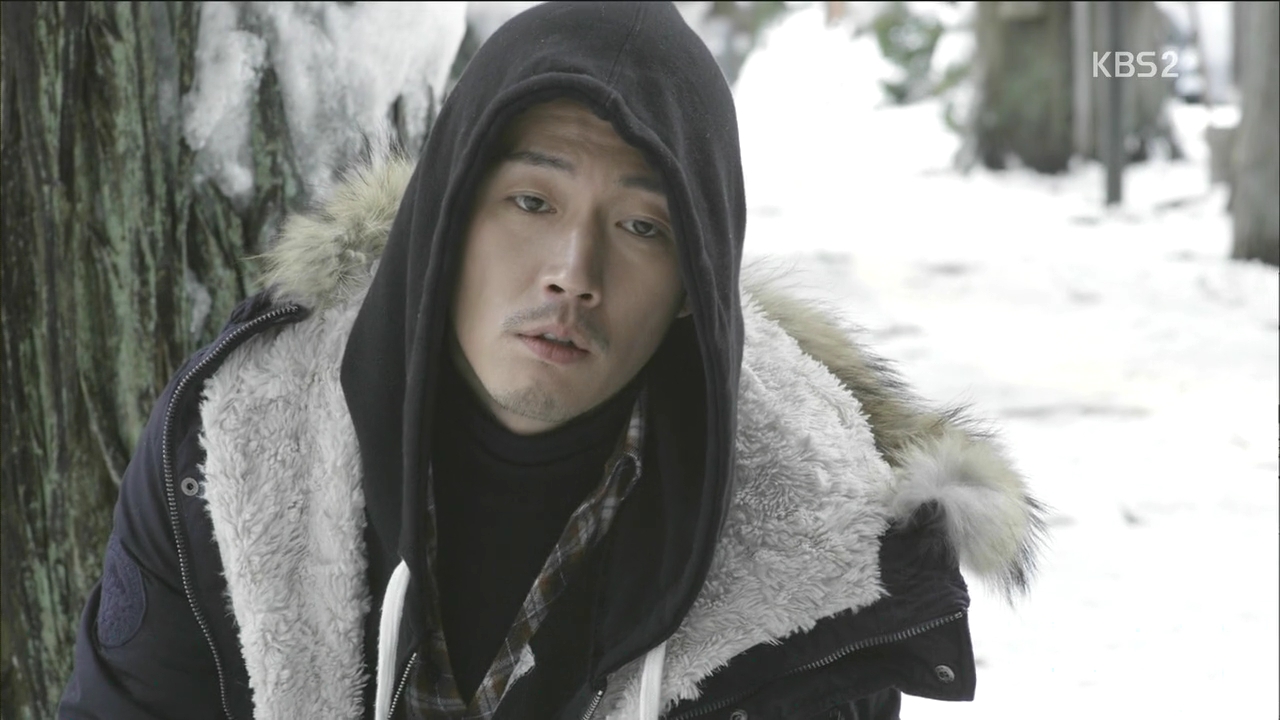 Phew! We are already at episode 7 of Iris 2. Soomp, (The creator of Soompi.com) was talking to me about how things are unfolding in Iris 2 so far. She did not like the fact that Iris 2 seems to be repeating the same story line as Iris 1. It’s not only Soomp who is pointing this fact out. Currently Netizens are also questioning why Iris Season 2 is so similar to Iris 1. What do I think? I don’t really mind the similarities but, I do not like how Yoo Gun is acting like a zombie. Sure it highlights the fact that he is confused, but I think it would be more enjoyable if Yoo Gun (Currently being called Ken) was a bit more lively you know? Anyways, let us continue on with the recap.

We ended the previous episode with Sooyeon finding the Ajusshi’s journal. Yoo Gun’s mother asks if she has heard anything about Yoo Gun’s whereabouts. Well, right now he is working for Iris and he is spending some quality time with an attractive Japanese lady who also works for Iris!

At night, the Japanese lady tells Yoo Gun to take a cup of tea and relax. Little does Yoo Gun know, the tea makes him knock out and doctors working under Iris test Yoo Gun to see what he is dreaming about. (Pretty weird)

Sooyeon is busy connecting the dots while reading the Ajusshi’s journal. (She starts to read about Baeksan’s past)

Back at NSS headquarters we finally get to see MBLAQ’s Lee Joon in action! Now that the computer geeks have to go out in the field, they want to learn more martial arts. Yoon Si Hyuk (Played by Lee Joon) is testing them out, he takes them both on at the same time.

Hyunwoo catches up to Sooyeon at Yoo Gun’s old apartment and takes her to an amusement park so she can relax a little. They have a lot of fun at the amusement park. (It looks like Lotte World)

When the two are eating together, Hyunwoo makes a semi-confession to Sooyeon. He tells her that he will leave the space next to him empty. (He likes her and that he will always wait for her) Sooyeon doesn’t reject him really, she tells him that she is thankful. The two start joking right afterwards.

Back at NSS headquarters, Yoo Gun’s team has found out that the North Korean’s in Hungary have appeared in Japan.

Yoo Gun is walking by himself when Ray’s underling asks him to fight. Yoo Gun fights back reluctantly and in the middle of the fight he gets flashbacks of his fights in Hungary.

The Iris team has launched sleeping gas throughout the hotel in Japan. They succeed and taking back Yeon Hwa!

The NSS team arrives too late, and Sooyeon’s car passes by the car that contains Yoo Gun and the Iris team! (Oh the irony!)

Yoon Si Hyuk and Hyunwoo have caught up to Joong Won (Lee Bum Soo’s character) and they have a scuffle. Joong Won is able to escape.

Sooyeon, Hyunwoo, and Yoon Sihyuk are aided by Japanese intelligence, and they get to see the back of Yoo Gun. (It looks as though Sooyeon is suspicious that it was actually Yoo Gun at the scene?)

Sooyeon becomes a good cop and asks the mole to give up whatever information she knows, then she will ensure the safety of the mole’s sister. The mole tells Sooyeon of a Japanese Iris headquarters that was used in the past.

Sooyeon is asking about Baeksan’s past, all the information she found in the Ajusshi’s journal. For the first time Baeksan actually cracks and tells Sooyeon that he wants to stop this discussion.

For the first time we see Baeksan looking remorseful as he thinks about the past. (We don’t know the full story yet but it seems like he believes that his wife had died?)

Yoo Gun receives a call about his next Iris mission and it looks as though he will be heading over to South Korea!

Sooyeon is asking the mad scientist of NSS to analyze the clip of Yoo Gun’s back. (It looks as though she is convinced that the man is Yoo Gun)

Min is talking to Baeksan who tries to explain to her Iris’ motive. (Iris is trying to control everything, so they will try to destroy the current world order, almost like hitting a reset button)

Uh oh, it looks like this is the end for Park Cheol Young. When he meets up with Joong Won, Joong Won suddenly points a gun at him saying “Thank you for all you have done for me.”