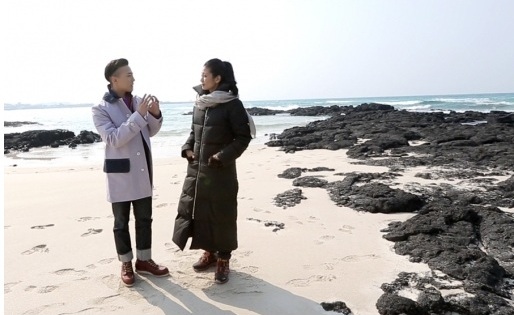 G-Dragon: “I Want to Get Married ASAP, Even Tomorrow If Possible”

Big Bang G-Dragon fans should really consider watching SBS “Thank You.” Broadcast on March 15, we got to see sides of G-Dragon that we didn’t know of before. (If you read the previous article about G-Dragon’s appearance on “Thank You,” you would know that he cooked “Jjapaguri” for the other celebrities on the show. Jjapguri is a mixture of the popular “Jjapaghetti” and “Neoguri” instant noodles.)

G-Dragon appeared on the show alongside Kang Soo Jin, Kim Mi Hwa, and Cha In Pyo. For the show, the celebrities went on a trip to Jeju Island.

Also on the show, G-Dragon and the other celebrities talked about dating and marriage. G-Dragon stated, “I want to get married as soon as possible. (If I had somebody to marry) I would even marry that person tomorrow.” Then he asked the older celebrities, “I heard that when you meet the person you are supposed to marry, you know in an instant, is that true?”

G-Dragon also asked Cha In Pyo what it was like to marry someone who is working in the same industry. G-Dragon fans make sure you catch this episode of “Thank You.”

G-Dragon
KPLG
thank you
How does this article make you feel?