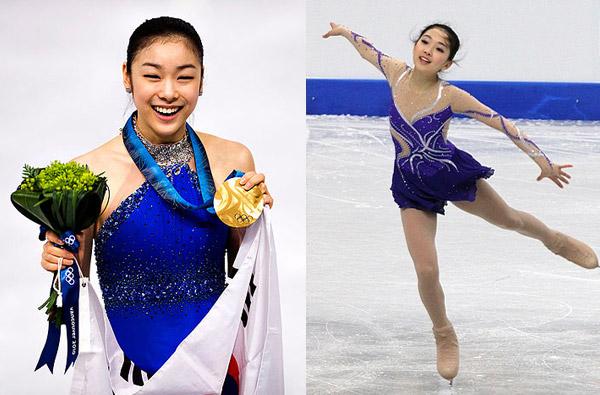 The photo was originally taken after the show “Artistry on Ice” that took place in June 2012 in China. Li Zijun later uploaded it on her Weibo under the title, “My Idol.”

In the picture are Li Zijun and the Olympic gold medalist Yuna Kim. With their glittery skate outfits and natural beauty, both skaters look gorgeous in this photo.

Netizens that saw this picture admired, “They look great,” “Both look equally beautiful.”

Meanwhile, Li Zijun has won bronze medals in both the 2011 and 2012 Youth Olympics, and is considered to be the next big figure skater in China. Yuna Kim reclaimed her title as World Champion this weekend after an extended absence from the sport.

Weibo
Yuna Kim
KPLG
li zijun
How does this article make you feel?