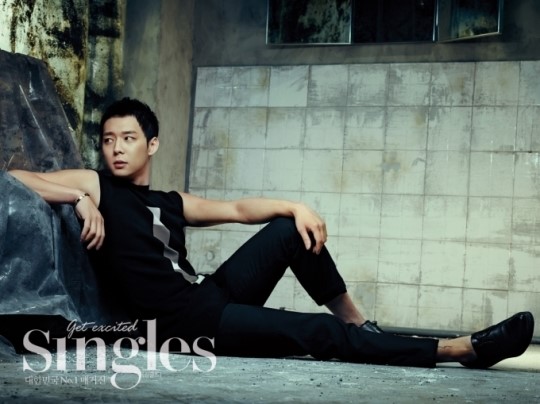 Park Yoo Chun transformed into a rugged man! For the April edition of the magazine “Singles,” Park Yoo Chun took part in a photoshoot with a noir concept. Park Yoo Chun is shown in dark and sad looking places.

In the interview Park Yoo Chun stated, “My goal is to act very naturally. Honestly, I need makeup in order to look good, and because I became an actor all of the sudden after being a singer, there is a lot of room for improvement. However, I think that as I grow older I will be able to do more better acting without worrying about what others think. I want to try acting in roles that have a character that is very strong. I would also like to try my hand at action acting.”

In the magazine interview, Park Yoo Chun also spoke about performing at the Tokyo Dome in for the first time in 4 years. He also talked about his philosophy on public relationships as a star and man.

Park Yoo Chun’s interview and photoshoot will be released on March 18.

Park Yoo Chun
Singles
KPLG
How does this article make you feel?