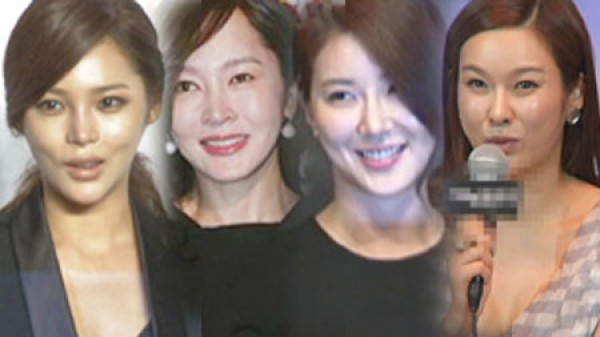 The four celebrities who have been indicted for their illegal use of propofol, Hyun Young, Lee Seung Yeon, Park Shi Yeon, and Jang Mi In Ae have been under investigation and some have admitted their recreational use of the drug while others are still adamantly denying the charges. A source from the prosecutor’s office summarizes the investigation as, “Hyun Young admitted everything and Jang Mi In Ae is denying everything. Meanwhile, Park Shi Yeon and Lee Seung Yeon kind of confessed, but not really.”

According to the source, Hyun Young was very cooperative in her investigation last month. Although her friends and colleagues advised her, “Leave it to the experts. You might have a chance if you approach it from legal principles perspective.”

However, as soon as she arrived at the prosecutor’s office, Hyun Young admitted everything at once. She even added, “The doctor erased other celebrities’ use of propofol from their charts but he didn’t do it for me. So I borrowed my sister’s identity to get some more propofol.” She claims that she stopped using propofol when she found out that she is pregnant and asked the prosecution to take her regret and self-reflection into consideration.

Meanwhile, Jang Mi In Ae has been adamantly denying all allegations made against her. She argued, “I didn’t even know what propofol is until this whole scandal broke out. I don’t even know if I’ve been using the drug or not,” in her statement. The prosecutor’s office even thought about getting an arrest warrant because they have a clear evidence suggesting Jang Mi In Ae’s involvement. According to the prosecution’s data, Jang Mi In Ae was injected with propofol 95 times between February 2011 and September 2012.

Of these four celebrities, only Hyun Young is officially charged with summary indictment of 5 million Korean won in fine for using propofol 42 times from February 2011 until the end of 2011. The three other celebrities have been charged without detention.