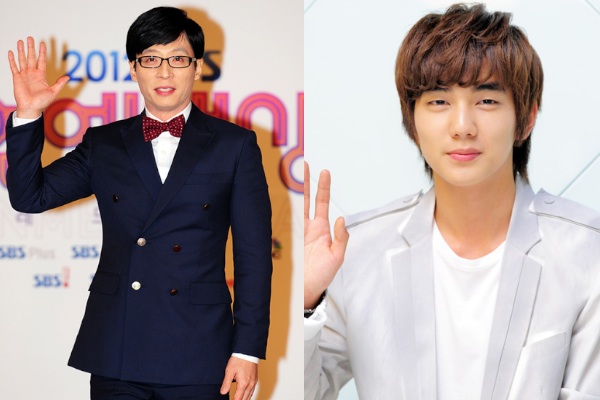 A little while ago, actor Yoo Seung Ho‘s enlistment garnered much attention online and offline. Since all male citizens in Korea have to join the military during their 20s and many male celebrities get enlisted every week or month, Yoo Seung Ho’s joining of the military was nothing new.

However, he was praised greatly by the public because he chose to join the army with only a small group of family members and agency officials present at the site to send him off, instead of getting showered by camera flashes and fans blocking the bootcamp entrance to see him. Yoo Seung Ho decided to do so because he didn’t want to cause any trouble for other soldiers entering the bootcamp on that day. Moreover, he voluntarily joined the military as soon as he turned 20, unlike many other celebrities who try everything to wait out and delay their enlistment until their 30s. Hence, Yoo Seung Ho has been praised as a “moral celebrity,” and the public applauds his conscious and considerate decisions.

Like Yoo Seung Ho, many celebrities are winning the public’s attention and affection with their morality and ethical behaviors recently. Especially in the middle of many ongoing drug, violence, and fraud scandals in the show-business and entertainment industry of today, these celebrities with “healthy morals” shine even brighter.

Another good example of a moral celebrity is Yoo Jae Suk. Although the programs he has hosted have had their rise and fall, Yoo Jae Suk remained as the best and most beloved MC of the era. He is always considerate of others and stays respectful and moral off-camera too. Such consistency in his considerate and caring personality won all of Korea’s heart and he is now praised as the “National MC”.

Moreover, actor Cha In Pyo is also considered a moral celebrity for giving up his US citizenship to voluntarily join the Korean military. He’s been garnering much attention with his heartwarming charity works and so are Sean-Jung Hye Young couple. The fact that these celebrities have been continuously helping others in need, volunteering, and functioning as a type of moral compass for our society allows them and their actions to be perceived as genuine.

However these celebrities have their hardships too. Since they have set high standards for the entertainment industry as well as themselves, the public’s expectation on their morality is higher than usual. They are considered to have high moral standards, so just one mistake or thoughtless comment could hurt their reputation and career pretty badly.

An official in the industry commented, “It is definitely a good thing that some celebrities show their morality in the middle of so many scandals. I welcome them with open arms. But what’s more important is that these celebrities keep it up from now on. A one-time moral behavior is good, but continuously showing and inspiring others to be like them is what’s most important. “

Along with appearances and talent, a celebrity’s morality is now an important virtue in his or her career. As more celebrities jump to claim their moral uprightness, their future steps are also drawing attention of the public.