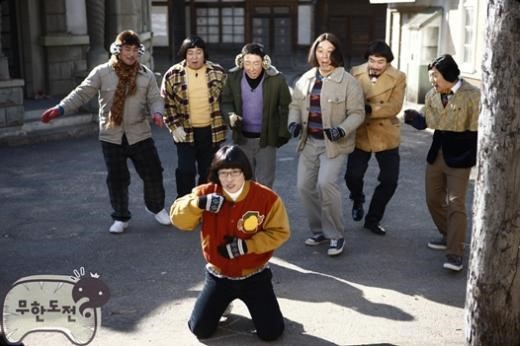 “Infinity Challenge” takes to the world stage as it captures the attention and represents Korea in a United Kingdom television station. According to reports in local news agencies, the popular MBC variety show will be featured in a four-part documentary to be aired on TV Channel 4. Titled “The Greatest Shows on Earth,” it will feature the coverage of “Infinity Challenge” and a visit to Korea of the presenter, Daisy Donovan.

“The Greatest Shows on Earth” features selected interesting programs from selected countries all over the world.

“Infinity Challenge” has thus far run for four seasons, with over 300 episodes. The show has achieved much popularity and has helped boost the careers of its cast members, among which are comedians and hosts Yoo Jae Suk, Park Myung Soo, Jung Jun Ha, No Hong Chul and Jung Hyung Don. The program’s popularity is such that songs produced from the show also compete in the charts alongside K-Pop’s hottest selling idols.