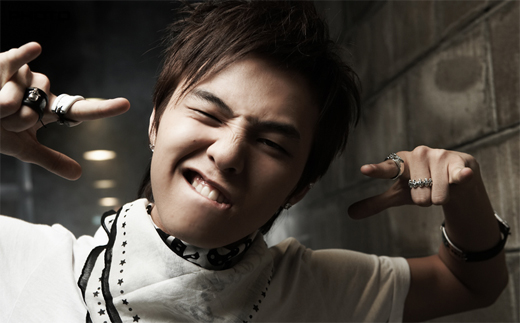 It is about time for Big Bang G-Dragon fans to start to go crazy! A picture was revealed from the music video of G-Dragon’s new single “Michi GO.” (Go Crazy or Going Crazy)

On twitter, the picture was released with the caption “I VS I.” (or Me VS Me) The picture shows G-Dragon wearing clothes from the 2013 fall and winter collection of Thom Browne. Next to that picture is a masked figure that has the same pose and is wearing the same clothes. The picture certainly makes the viewer curious about the music video!

G-Dragon is busy preparing for his world tour “One of a Kind” that will begin in Seoul on March 30-31. The single “Michi GO,” its performance, and its music video will be first released during the Seoul concert.

The song is supposed to be a strong hip hop song that will make the crowd go crazy. Industry experts expect that the promotions for “Michi GO” will be done in an interesting way, because YG Entertainment is known for their “different” promotions.

G-Dragon
KPLG
Michi GO
How does this article make you feel?