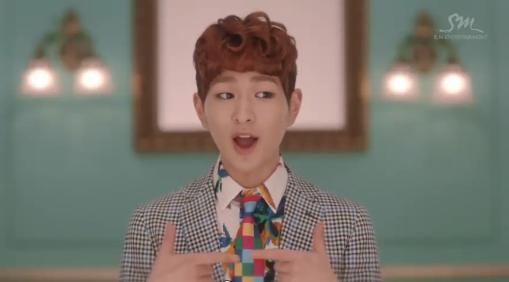 SHINee‘s leader Onew revealed that he wants to collaborate with rap group Dynamic Duo. K-Pop’s contemporary band SHINee made a guest appearance on “Park So Hyun’s Love Game” radio show. On that show Park So Hyun asked the members, “Are there any artists you would like to work with in the future?”

Onew replied, “Not too long ago, Yoon Jong Shin said on a show that he wanted to give me a song.” His members asked him if he was planning a duet. Park So Hyun joked, “I’m close with Yoon Jung Shin, but I’m against the idea of the two of you in a duet.” The other members offered, “Maybe instead of a duet, he just wants to give you a song.”

Onew replied, “Lately I’ve had an interest in rap so I want to do a duet with Dynamic Duo’s Gaeko or Choiza. I would like to receive a good rap song, please.”

Soompiers, which duet do you want Onew to do? Yoon Jong Shin or Dynamic Duo?