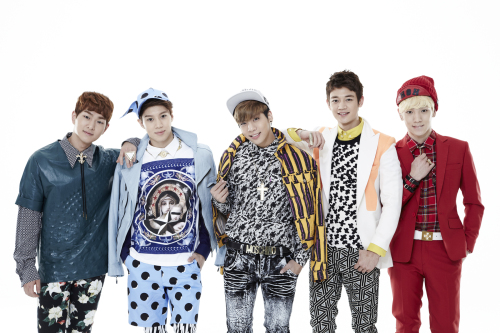 Congratulations to SHINee! Their latest song “Dream Girl” has been on a winning roll.

Last week SHINee won the Triple Crown on “Show! Champion” and “M! Countdown“. Adding on their number one wins on “Music Bank” and “Inkigayo“, SHINee has won a total of nine awards so far.

The first place win on “Inkigayo” is particularly meaningful because it makes them the first artist to reach number one on the newly revived ranking chart. If nothing else this is a testament to SHINee’s unique appeal as a music trendsetter in K-Pop.

Fans also get an extra treat in the encore stage when the members celebrate their victory. The boys have a lot of fun on stage, whether it be by interesting performances or having a push-up competition.