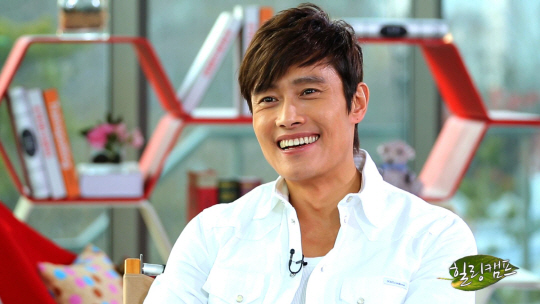 On the most recent episode of SBS “Healing Camp,” Lee Byung Hun appeared as the guest and talked about his advancement to Hollywood. MC Lee Kyung Gyu inquired whether there was lobbying involved in casting in Hollywood and Lee Byung Hun answered honestly, “I don’t know about other people, but I did a little bit of lobbying.”

He explained, “One of ‘G.I.Joe: The Rise of Cobra‘s producers Lorenzo di Bonaventura is the producer of ‘Red 2.’ When I asked how ‘Red 2’ was going, he told me that they are considering me as a prospect. So I became hopeful, but I soon found out that there are total of four Asian actors on the list that they are choosing from. The list included Jackie Chan, Jet Li, and Yun-Fat Chow. I had almost given up on my hopes of being a part of ‘Red 2’ at that point.”

However, the opportunity presented itself to Lee Byung Hun and he knew he had to do something. He said, “Lorenzo told me to be patient because he is rooting for me. So I invited him to dinner and prepared a really nice, luxurious bottle of wine. I gave the bottle to him and asked if he knew what kind of wine it is. He knew the name of the wine, of course. But I asked him again, expecting a different answer. When he seemed a little confused, I told him that it’s ‘RED wine.’ He then realized my joke and started laughing.”

He lobbied Lorenze di Bonaventura with his wit, using a bottle of red wine to be casted for “Red 2.” In the end, he successfully won the part and is now working on “Red 2” with other big-named Hollywood stars.

The first “Red” was released in 2010 and was an action comedy movie. It featured major Hollywood actors such as Bruce Willis, John Malkovich, Catherine Zeta-Jones and more.