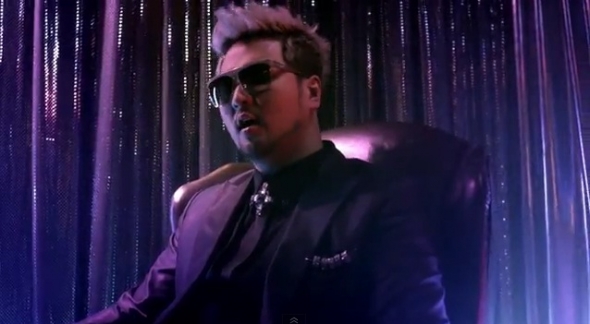 Singer Kim Tae Woo opened up about his first daughter.

On March 19, he made a guest appearance on SBS’s variety talk show “Hwashin” where he revealed, “I think there’s a difference between a wife and a mother.”

“My daughter is currently between 27 and 29 pounds (12-13kg),” Kim Tae Woo shared. “She’s eleven months old. She’s also very tall.” MC Kim Hee Sun and the rest of the staff were greatly surprised because they are all married. They commented that his daughter is a super baby who can pass for a three year old.

Kim Tae Woo also made a surprise announcement. “My wife is currently pregnant with our second child and sometimes she seems to have a hard time. So, I told her to go outside. She should get some fresh air and meet her friends. So there was a time when she left at 11am and came back at 7pm. That day, I took care of my daughter for eight hours.”

He continued, “On my rest days, I like to just relax and catch up on movies I haven’t seen in awhile so I turned the television on to watch one that day [when I watched her for eight hours]. I put her to sleep and was watching a movie when she woke up. I held her and had to switch the channel to a kids program. I quickly got bored. When I put the baby down, she would crawl all over the place so I would pick her up and place her near me. She would crawl out again and try to eat random things.”

“She would do that again and again so I wanted to tie her waist with something,” Kim Tae Woo said. “I encouraged my wife to go out to have fun, but by the time it was 5pm I sent her a text asking her where she was. Even though the baby wasn’t crying, I lied that she was crying the whole time.”

Kim Tae Woo
KPLG
Hwashin
How does this article make you feel?