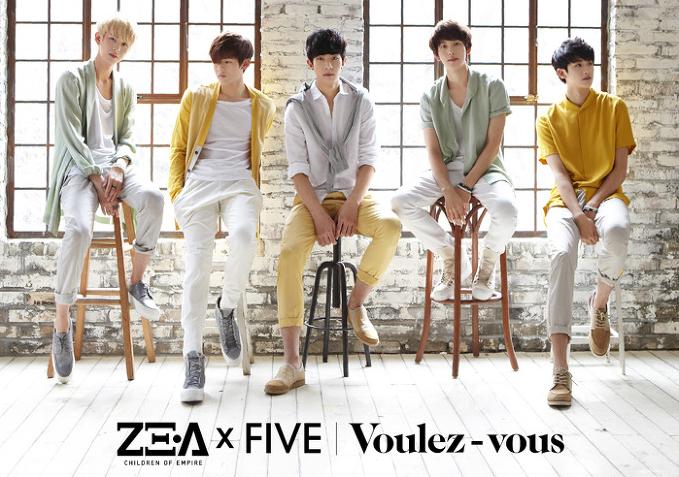 ZE:A’s Sub Unit ZE:A-Five Releases Video and Photo Teasers for “The Day We Broke Up”

ZE:A‘s five member sub unit ZE:A-Five released a teaser video and photos of their debut song “The Day We Broke Up” on March 20. “The Day We Broke Up” is the main track from their debut album “Voulez-vous.” The video teaser starts off with an English narration and we can see the members looking either contemplative or emotional in scenic backgrounds. The pictures show the members wearing white and posing on a white bed.

ZE:A-Five will have a special preview event on March 22. The album and the full music video will be released on March 25. Check out the video and the photos below!

ZE:A
KPLG
ZE:A Five
How does this article make you feel?