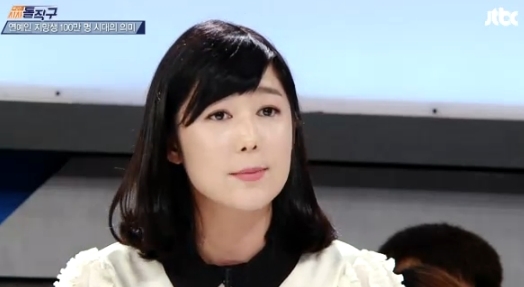 Sayuri: “After Declining Sexual Favors, I was Cut From TV Programs”

TV personality Sayuri, who found her fame through KBS’s variety talk show “Chitchat of Beautiful Ladies,” confessed that she has been approached regarding sexual favors.

On March 18, she made an appearance on talk show “Pyo Chang Won’s Fastball to Current Affairs” where the topic focused on trainees who want to debut as actors and vulgar actions by entertainment agencies.

Sayuri revealed her thoughts regarding sexual favors. She said, “It’s because the trainees have greed that sexual favors exists. They have fears so they accept the sexual favors, but I think it’s because of greed. If they don’t have greed, they can’t follow through with such actions.”

She continued, “I had that happen to me. However, I told the person, ‘Don’t say such b**s*** and get the f*** off.’ I got cut from programs as a result, but I don’t care. If I had greed, I probably went to those salon bars. I think it’s all a matter of choice.”