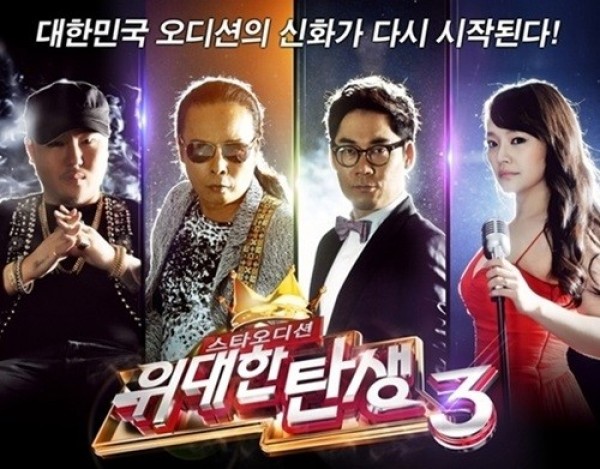 MBC “Star Audition” Will Not Return with Season 4

On March 20, entertainment director Won Man Sik of MBC announced, “As of now, MBC has no future plans regarding the fourth season of ‘Star Audition.'”

Considering “Star Audition”s rather aggressive promotions in the past, many experts are assuming that “Star Audition” is cancelled. Previously, “Star Audition” started discussing and preparing for another season as soon as the prior season is over. Teaser video clips and TV commercials promoting the show have yet to be seen.

“Star Audition” first aired in November 2010. The show differed from other popular talent-search audition programs with a new format of mentorship. Baek Chung Gang one the first season and Goo Ja Myung in the second one. In the most recent season, Han Dong Geun became the lucky winner.

However, the ratings of the show continued to decline since season 1. What was once a 20% rated show is now struggling to maintain its a single-digit number in ratings. In addition to low ratings, “Star Audition” have been continuously criticized for not being able to garner attention from the public. Due to low ratings and publicity, the winners from the program have not launched their careers as successfully as other audition program winners have.

Meanwhile the most recent winner Han Dong Geun and runner up Park Soo Jin are currently looking for agencies to work with after the show ended.