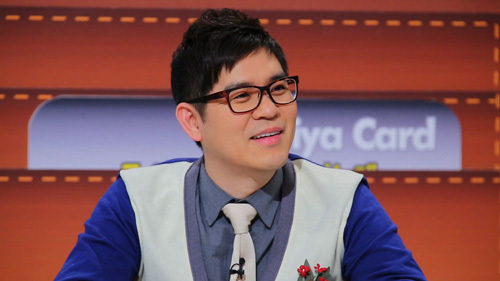 Popular and respected MC and TV personality Kim Yong Man has stepped down from TV broadcast due to charges of illegal gambling.

On March 21, the Seoul police announced that Kim Yong Man had been summoned on the charges of illegal gambling on March 19. Kim Yong Man had been found gambling a large amount of money, almost 1 million USD, on illegal sports gambling sites since 2008. He admitted the charges and said, “I started it as a hobby with my manager but as time went by, I couldn’t stop and I even lost hundreds of thousands of dollars.”

Immediately after these charges, each broadcast channel held an emergency meeting and quickly released statements.

SBS stated, “We spoke with Kim Yong Man and he told us that he would be stepping down from the show,” and “We will try to edit out Kim Yong Man as much as we can for the show that will air on March 21. Future recording sessions will be emcee-ed by Kim Won Hee and other experts.”

“Do Dream”s Go Se Joon PD spoke with SBS E! Entertainment News and said, “Kim Yong Man will not be attending the recording on March 22,” and “We will see what happens but if nothing special comes up, I think Kim Yong Man will be stepping down from the show.”

“Section TV Entertainment News,” which Kim Yong Man was an MC for 12 years, also stated that Kim Yong Man will not be appearing any longer.

Kim Yong Man is considered to be one of the most respected MCs in Korea. Many famous MCs such as Yoo Jae Suk and Kang Ho Dong have named him as their role model.

Many other celebrities have spent time away from broadcast after being charged with illegal gambling such as Hwang Ki Soon, Shin Jung Hwan, Lee Sung Jin, Kim Joon Ho and Shin Hye Sung. It seems like Kim Yong Man will be taking a hiatus from broadcast for the time being.