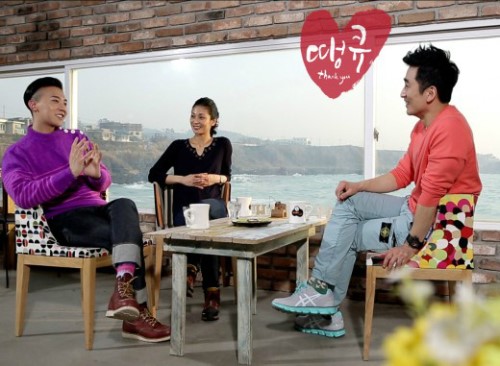 G-Dragon Is Attracted to Ballerinas!

For the next episode of SBS’s “Thank You,” G-Dragon, ballerina Kang Soo Jin, actor Cha In Pyo and comedienne Kim Mi Hwa all leave to the island of Jeju on a trip.

During this episode, G-Dragon shared, “I went to an arts middle school and an arts high school. To me, the dance and ballet students seemed prettier,” and “Just their stance alone was so pretty,” as he admitted his attraction toward ballerinas.

Then Cha In Pyo added, “At this rate, you’re going to end up getting married to a ballerina.” Then G-Dragon answered, “I want a daughter later. If I get a daughter, I really want to put her in ballet classes.”

Netizens who came across this news, commented, “I suddenly want to learn ballet,” “Men in general like girls who do ballet,” “Seems like a lot of girls are going to try ballet after hearing G-Dragon’s confession,” and more.

G-Dragon’s ballerina story will be aired on March 22.

Big Bang
G-Dragon
KPLG
thank you
How does this article make you feel?