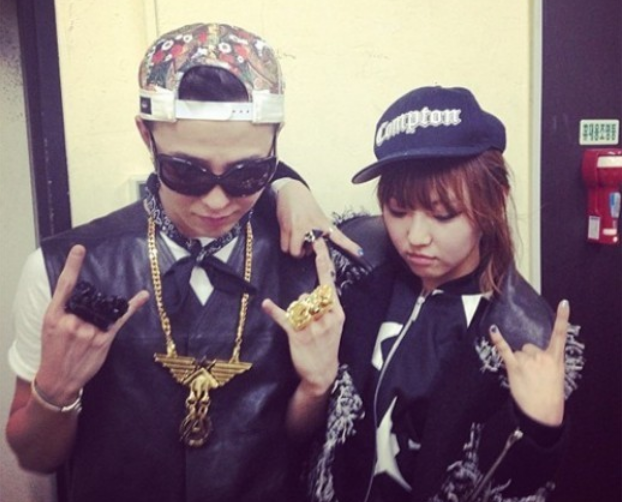 Recently on her Instagram in the afternoon of March 24, group miss A’s Min uploaded a photo along with a message, “Yeaaaa.”

In the picture are Min and Big Bang’s G-Dragon looking down as they show off their street fashion. The selca was taken on March 23 when G-Dragon and Min were at Canadian singer Grimes’ concert. With their unique outfits and accessories, Min and G-Dragon look very chic in this photo.

Meanwhile, G-Dragon will be performing at Olympic Gymnastics Arena in Seoul on March 30 and 31 as part of his 2013 solo world tour “One of a Kind.” This will be G-Dragon’s second solo concert tour, but first worldwide tour. G-Dragon plans to visit Japan, China, and Indonesia, and perform a total of 13 shows.

Big Bang
G-Dragon
Min
miss A
KPLG
instagram
grimes
How does this article make you feel?