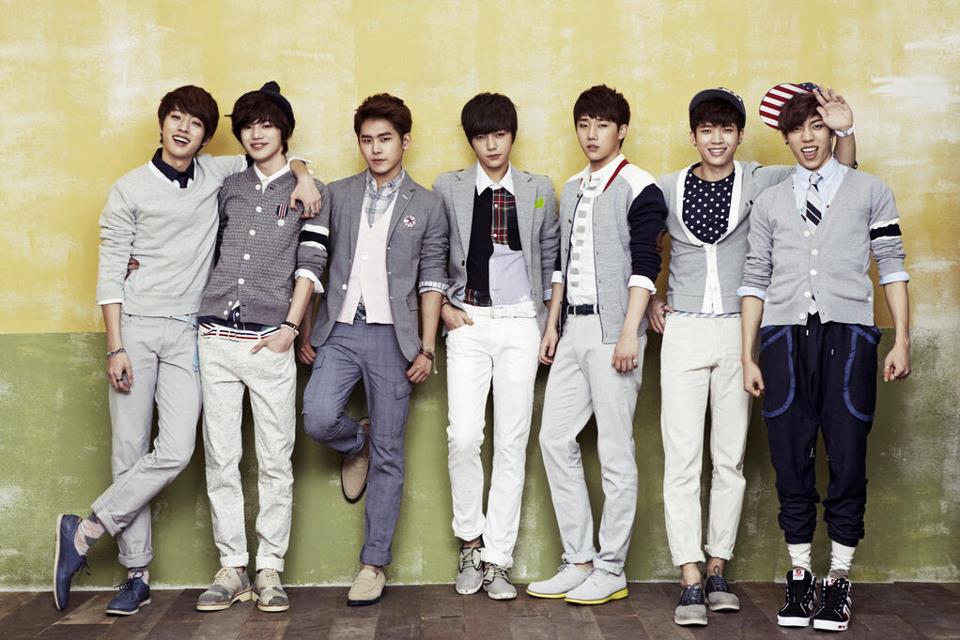 Infinite comes before fans this spring with their fourth mini-album titled, “New Challenge.” The album consists of seven songs about a man’s love story. The title track is “Man in Love,” a dance number that showcases the boys’ strengths. The song holds lyrics about the things a man encounters when in love. The catchy melody is expected to capture listeners’ ears right away.

Korea’s top female duo, Davichi finally releases their second full-length album, “Mystic Ballad Part 2”after five years since their last. Over the years, the duo has garnered fans with hit songs along the likes of “8282,” Stop Time,” and “Don’t Say Goodbye.” This time around, the title track is “Having a Cup of Tea Between Them,” an acoustic ballad that is expected to interest women in their 20s and 30s. Ryu Jae Hyun of Vibe is responsible for composing, penning, and arranging this track.

ZE:A Five, a vocal project group consisting of members, Kevin, Siwan, Minwoo, Hyeongsik, and Dongjun, has released their first mini-album, “Voulez-vous.” The title track is “The Day We Broke Up,” a rock dance number co-composed by the Brave Brothers and Brave Sound’s main producer, Star Wars. The song is about regretting a breakup.

AA makes a comeback a year and a half later after debuting on stage with actress Ha Ji Won in 2011. It is known that member, Aoora was responsible for composing, penning, and arranging all six songs of various genres such as electro- pop, classic, jazz-pop, R&B, and psychedelic. The title track is “Come Back,” and has sounds popular in the 90’s. Other songs include jazz-R&B number, “Rollin’ Rollin’” and psychedelic number, “W (Interlude).”

Ballad queen, Baek Ji Young has come before fans with, “Flash Back, “a collection of her best drama soundtrack hits. The album consists of thirteen tracks including an acoustic version of “Don’t Forget” from the “Iris” soundtrack as well as a new title track, “Acacia.” The later song was co-composed by Kim Se Jin and PJ and penned by producer, Choi Gap Won.

Younha, who has shown a lot of maturity through her fourth album last year, returns once more with a new single, “It’s Not.” Composed and penned by singer songwriter, Naul, this emotional ballad showcases Younha’s vocal skills. The singer is expected to make a comeback this spring with a new album.

Supreme Team makes a comeback after two years with a new single titled, “Thanks 4 the Wait.” The title track is “Just Stay the Way You Are,” a song of hope and strength. Singer songwriter, Crush lends his voice for this song.