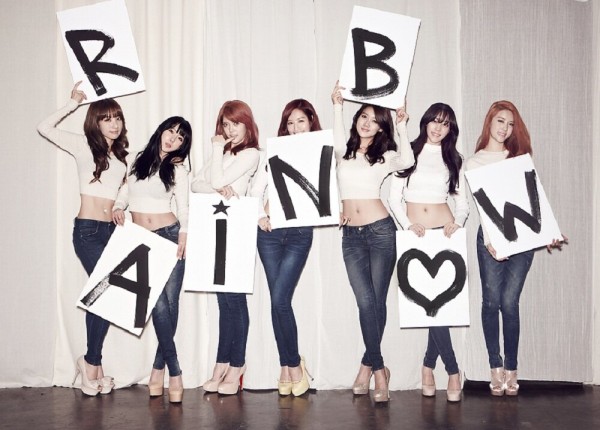 Rainbow held an autograph signing event on March 23 to celebrate the release of their new album “Rainbow Syndrome – Part 1” in Seoul. The event attracted approximate 300 fans and several hundreds of passerby citizens.

The group of people that garnered the most attention at this event was not Rainbow, but a group of soldiers in a variety of military uniforms. These soldier fans stood in line in front of members of Rainbow and made an oath to Rainbow publicly. The oath read, “One, I will only like Rainbow. Two, I will resist any temptation from other girl groups, no matter how pretty they are. Three, I will be loyal to Rainbow.” When this group of soldiers were done reciting their oaths, several hundreds of onlookers applauded them.

It turns out that Rainbow’s fans prepared this surprise event for Rainbow, since the promotion of their new single “Tell me Tell me” is almost at its end. Members of Rainbow saluted these fans in return.

Rainbow
KPLG
Tell Me Tell Me
Rainbow Syndrome - Part 1
How does this article make you feel?