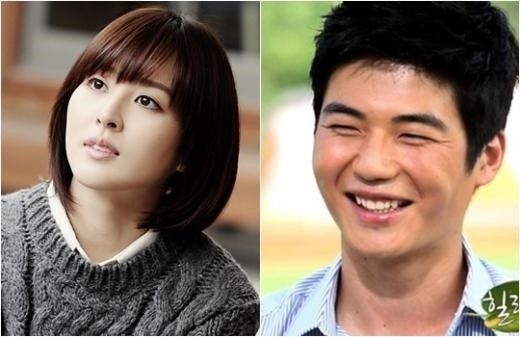 On March 25, the media released photos of Ki Sung Yueng’s soccer cleats, which had the message, “HJ SY 24” stitched on them. The initials “HJ” were assumed to be Han Hye Jin, while “SY” stands for Sung Yueng. Also, “24” is Ki Sung Yueng’s number.

However, Han Hye Jin’s agency, Namoo Actors spoke with Star News and stated, “We saw the articles a few moments ago but none of those rumors are true.” They continued, “We don’t know why these rumors keep re-emerging. Rumors that these two are dating are absolutely not true.” On March 26, when reporters caught up with Ki Sung Yueng during a private practice session, he said, “Until the game ends…” It seems that Ki Sung Yueng only wants to focus on the upcoming qualifier game for the 2014 Brazil World Cup.

Last year, Ki Sung Yueng and Han Hye Jin’s dating rumors started when the Korean tabloids published the story. However, both sides denied the rumors. Meanwhile, Han Hye Jin and her long-time boyfriend Naul had split up a few months ago. Ki Sung Yueng is currently a midfielder for the Premiere League club, Swansea City.