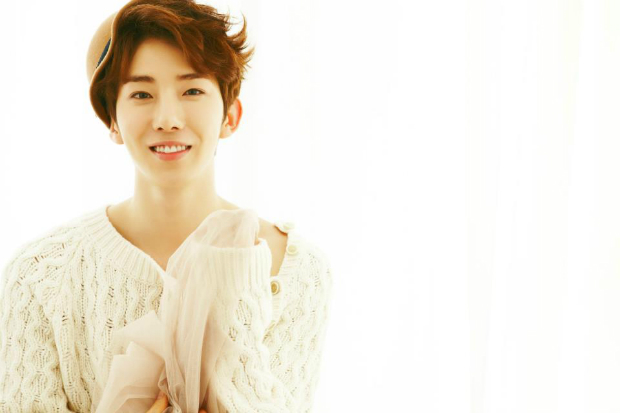 On March 25, Jo Kwon spoke at the press conference for upcoming KBS 2TV drama “God of the Workplace” held at Ewha Women’s University. He said, “Once I saw the synopsis for this drama, it immediately reminded me of my trainee days.”

When a reporter asked Jo Kwon about how he related to the characters of “God of the Workplace,” he replied, “When I was a trainee, I’ve had to clean the basement, change the filter in the water purifier, and even bring Park Jin Young a cup of coffee. Even though I appear as an employee in this drama, I think my character has a lot in common with a trainee who is anxious about getting cut and is unsure of whether they’ll be able to debut at all.”

He went on, “When I read the synopsis for this drama, it caused me to reflect on my trainee days that were filled with hours upon hours of practice for singing and dancing. So I felt that this role was something I simply had to try out.”

“God of the Workplace” is a romantic comedy starring actress Kim Hye Soo and her co-workers, who must learn to balance their personal and professional lives. The first episode will air on April 1.

2AM
Park Jin Young
KPLG
Jo Kwon
God of the Workplace
How does this article make you feel?