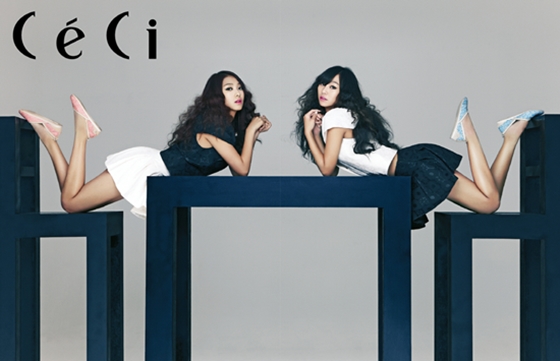 SISTAR19’s Hyorin and Bora Look Like Twins for Ceci Magazine

Woot, the starlets of the hit song “Gone Not Around Any Longer,” look absolutely gorgeous! SISTAR19’s Hyorin and Bora transformed into twins for the April edition of Ceci magazine.

For the Ceci magazine photoshoot, Hyorin and Bora wore clothes that fit in with a “twin-look” concept. In addition, the pictures show the two that make them look like they are mirror images of each other.

Check out SISTAR19’s photoshoot in the April edition of Ceci magazine!

Meanwhile, SISTAR appeared in a special concert “Music Bank in Jakarta Indonesia” on March 9. Afterwards, they filmed a travel story, which was broadcast through KBS’ “Music Bank” special in Jakarta, which aired on March 19.

Hyolyn
Bora
CeCi
SISTAR
KPLG
How does this article make you feel?