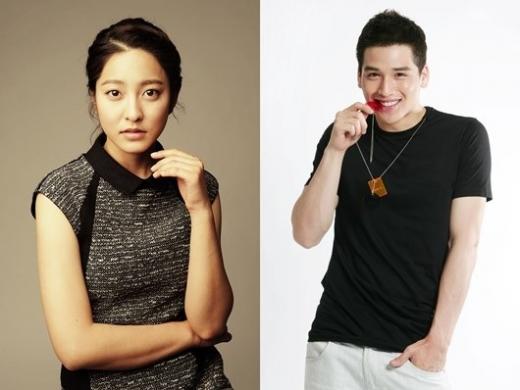 “School 2013” actress Park Se Young and Yoo Gun will be seen on the small screen in a new daily drama beginning in April. According to reports in local news agencies, the cast for the new KBS daily drama “Sweet Springs” was only finalized on the afternoon of March 26, which prompted the immediate announcement of its lead actors.

A representative from the drama’s production said, “As the currently airing drama ‘Come On, Mr. Kim’ concludes at the end of April, we are also in a rush and prepared to shoot ‘Sweet Springs.'” The drama revolves around the issue of adoption and identity. The lead character, who is adopted goes through the confusion between his adoptive family and his biological family, but finds the solution to his identity in building his own.

Yoo Gun will play the lead character Han Jae Sung, reports further said. “Sweet Springs” serves as Yoo Gun’s comeback drama, his first after being discharged from the military in December 2012. It is also the follow-up project to “School 2013” for Park Se Young, who began to attract attention for her role as Queen Noguk in “Faith” in 2012.

“Sweet Springs” is scheduled to premiere on April 29.