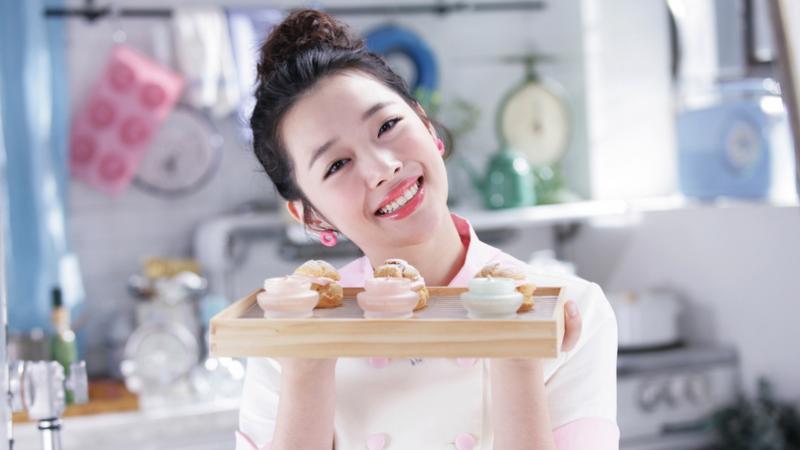 f(x)’s Sulli is drawing the netizens’ attention for her non-feminine way of eating!

The pictures are screen captures from her appearance on various variety programs from “f(x)’s Koala,” “Star Couple” and “Running Man,” respectively in descending order. All three screen captures reveal her strange habit of sticking out her tongue in order to eat.

The netizens mostly commented that her strange habit was cute while others mentioned that “this is a bad habit,” “Her parents need to raise her better,” and “That’s dirty.”

In other news, Sulli made an appearance on SBS’s audition program “K-Pop Star 2” as a special guest.