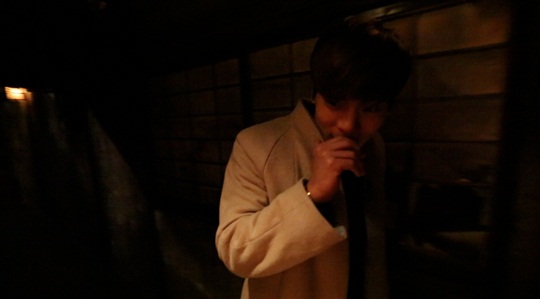 Jonghyun went around the studio and was very interested in places that looked creepy. One of these places was a ghost house. The staff filming “SHINee’s Wonderful Day” tried to stop him but he was adamant. Once Jonghyun stepped into the scary ghost house, he looked very scared. Inside of the ghost house, Jonghyun continued to scream in fear. The staff outside laughed very hard because of this.

The show also featured, Key and Minho who visited London. It also showed Taemin who went skydiving. The show will broadcast on March 26.