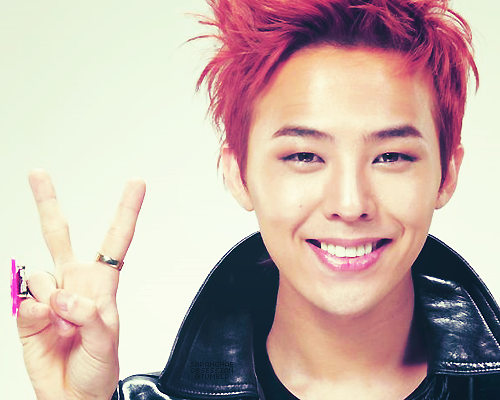 How G-Dragon Became a Dating Expert and Other Stories About His Love Life!

Big Bang‘s G-Dragon shared many stories of love and separation during the most recent episode of SBS’s “Hwa Shin” that aired on March 26.

While he is called the “dating expert” now, G-Dragon revealed that there was an incident on why he became this way. He revealed, “I changed like this because I was deeply hurt from love in the past.”

He shared that he wasn’t always a “dating expert” and that in the past, he was in a one-sided love for two years. He said, “I confessed to her several times but she kept rejecting me. Even when she got a boyfriend, I was determined that it was my last chance and went to her house.”

He said that it was a rainy in the wee hours of the night. He bought flowers and waited for five hours but he could not meet her. G-Dragon finally realized that she purposely told him the wrong address and that the house wasn’t her actually home.

The emcees were shocked at this story and called it “The Tragedy of the Birth of the Dating Expert, G-Dragon.”

Also during the episode, MC Yoon Jong Shin tried to get some information out of G-Dragon by purposely asking, “So, is your girlfriend currently filming a drama right now?” But G-Dragon was able to smoothly avoid being caught in Yoon Jong Shin’s traps.

But then, MC Kim Hee Sun quietly mentioned, “She’s not an actress,” which made it seem like she knew something about G-Dragon’s current love life!

But G-Dragon changed the subject by saying, “When there’s a girl I like but things aren’t coming into place, I call her to hang out with my other friends. Then when I introduce her to my friends, I tell them that she’s my girlfriend.”

G-Dragon also talked about his love for physical contact.

When he was asked, “Do you normally have a lot of skinship?” G-Dragon answered, “I don’t hold back on skinship. If I like someone, giving them a hug is natural.” G-Dragon then revealed that he likes to touch his girlfriend’s earlobe and said that it makes him feel safe!

Big Bang
G-Dragon
KPLG
Hwa Shin
How does this article make you feel?