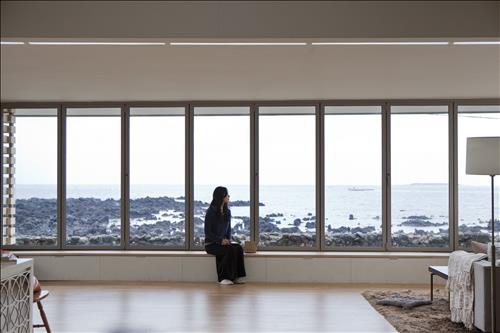 Seoyeon’s House from “Architecture 101” Opens Up As a Cafe

Here’s hoping that none of you missed out on the great film “Architecture 101.” The film did very well in the Korean box office, with over an audience of 4 million. The main female character “Seoyeon” was played by both miss A’s Suzy and Han Ga In.

One important part of the movie was Seoyeon’s house. In the story, she asks her first love to make a house for her in Jeju Island. The house that was created in the movie is now going to be used as a café. The café called “Café Seoyeon’s House” will open on March 27.

Uhm Tae Woong and Han Ga In both talked about how they were happy with the café. Uhm Tae Woong stated, “The film ‘Architecture 101’ was so great and I am happy that the set will stay for such a long time. I am happy that there is a place in Jeju Island that I can come to proudly. I hope that the café will be a place for other people to make memories of their first love and also think about their first love.”

Han Ga In stated, “After seeing the sign ’Seoyeon’s House’ I felt really good. Even though I did not invest at all I got a house in a great place. After the movie I was a bit sad that the filming set would disappear. A new place has now been created that I can come visit after I am older. It is a thankful present.”

Suzy
Han Ga In
Uhm Tae Woong
KPLG
Architecture 101
How does this article make you feel?