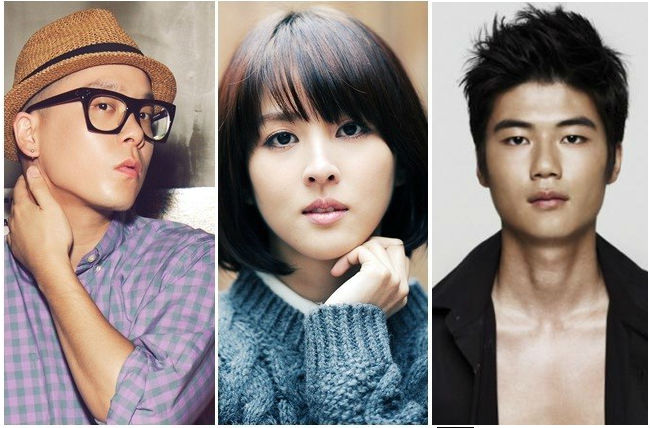 Younha‘s most recent single, “It’s Not That,” which is written and composed by Naul, is receiving unintended attention due to Han Hye Jin and Ki Sung Yueng‘s new relationship.

Naul and Han Hye Jin dated for over nine years but announced that they split up at around September of last year. When Han Hye Jin’s father passed away in November, Naul showed his loyalty and affection by attending the mourning ceremony even though they were broken up.

Recently, Younha’s “It’s Not That” is receiving attention, especially for it’s painful lyrics of separation. Netizens have shown great interest, speculating if Naul meant to write the song for Han Hye Jin when they broke up.

Some of the lyrics go: “I guess I’m not good enough for you / I thought nothing would ever happen to us,” and “This can’t be it, I can’t let you go / If it’s not too late, can’t we turn things around? / This is a lie, saying you want to break up, it can’t be / I used to be your everything so please come back to me.”

Due to the excessive amount of speculations and rumors around Han Hye Jin, Ki Sung Yueng and Naul, Naul had to clear things up by explaining that the song has nothing to do with Han Hye Jin.

He said, “Ballads are mostly about love and separation. This song has nothing to do with Han Hye Jin. I wrote this song about a year ago. Furthermore, this is Younha’s song, not mine. It’s just a sad ballad, that’s all.”

But netizens are still making many assumptions and speculations since Naul did indeed write a lot of love songs that were based on Han Hye Jin during his Brown Eyes and Brown Eyed Soul days.

Ki Sung Yueng and Han Hye Jin confirmed their dating status on March 27. Rumors of their relationship started right after Han Hye Jin and Naul broke up last September. Photos of Ki Sung Yueng’s soccer cleats having Han Hye Jin’s initials were taken as well as both of them on a secret date. It has recently been confirmed that they are dating.