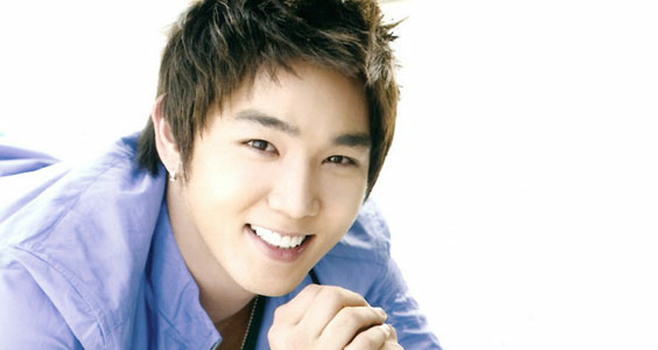 [SNS PIC] Kangin Appears to Have Lost Some Weight

On March 25, Girls’ Generation‘s Taeyeon posted on her Facebook “it was a gud show �de42 Thor!! was the BEST! kk SUPER SHOW 5 WORLD TOUR Fighting!” with the following photo.

In the photo, Taeyeon, Super Junior‘s Kangin and Girls’ Generation Seohyun pose for a photo after Kangin and the rest of Super Junior had finished performing at the Seoul Olympic Stadium on March 23 as part of their world tour. Netizens were especially drawn to Kangin’s appearance, for having noticeably slimmed down. In addition, for having his arm around Taeyeon and his hand place comfortably on her shoulder, he was called out by netizens for using “naughty hands.”

In related news, Kangin and Super Junior will be traveling to China, Japan, Indonesia, Brazil, Argentina, Chile, and Peru as part of their “Super Show 5” world tour.