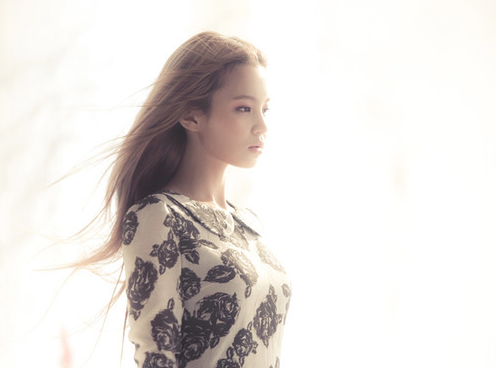 Lee Hi Talks About Her Dynamic with Yang Hyun Suk

On March 29, singer Lee Hi sat down for an interview with Kukmin Daily to talk about her first full album release “First Love.” Although it had been released in two parts, she revealed that it wasn’t originally planned that way.

She began, “Yang Hyun Suk first gave me a list of recommended songs that he thought would suit me well. After we recorded all of the songs, he determined their order and decided to split them up in two parts. I think he did an amazing job of making a clear distinction between the two parts. Basically, the difference is that one represents a youthful and innocent concept, whereas the second part reveals a bit of a more mature sound.”

byy]]For this album, Yang Hyun Suk took the lead with “YG’s Representative Players” Teddy from 1TYM (2NE1‘s producer), who composed Lee Hi’s “Rose” and Epik High‘s Tablo, who wrote the lyrics for the “Rose.” You can definitely hear YG’s vibrant and colorful sound in “Rose.”

Lee Hi continued on to say, “If I tell you this, you might think I’m lying, but when I received all of the songs for recording – I just loved them all. I was certain that there would be at least one song that would get a ‘What is this?!’ reaction from me, but I liked them all so much that people even began saying to me, ‘You always say you like everything.'”

However Lee Hi revealed that there was one song that caught her off guard. And that would be the ninth track, “I’m Weird.” The lyrics go “Ten fingers, ten toes, two arms, two legs, blood flows, two eyes that open, two ears that hear, I’m opening up ~ one head, one heart, I think one thought and I take a deep breath (Hoo~), just like you.”

In that particular verse, there is even the sound of Lee Hi breathing in and out that’s been included. It was reported that Sunwoo Jung Ah had based the song on Lee Hi’s experiences from her first love.

Lee Hi confessed, “When I first heard this song, I was surprised. I wondered if I was that weird to be handed a song like this (laugh). Since it was the first time I had ever heard a song like this before, I started worrying about whether I’d be able to sing it well. There was also a time when I thought I couldn’t sing ‘1.2.3.4’ very well before I recorded it. So for this album, right after I recorded all the other songs I came back to this one and recorded it for last. When I listened to it again sometime later, I realized that the song fits me well. That was when I realized how Yang Hyun Suk had an incredible eye for these sort of things and how I can tackle different types of genres too.”

The moment “Rose” was released, it immediately received love from fans and grabbed the number one spot on music ranking charts. Lee Hi also explained why she thought the reaction was so great, “I think it’s because ‘Rose’ has such a strong, intoxicating melody that distinguishes it from others. Although I like that song too, my personal favorite is ‘Fool.’ That is a song that really emphasizes my vocals.” Tablo also wrote the lyrics for this song, which simply ride on Lee Hi’s vocals and bring out their charisma.

Lee Hi’s transformation has also been a hot topic of interest, especially for her tracks “It’s Over” and “Rose.” Lee Hi shared, “There are many people who think my makeup is a bit too much, but I think it’s because of my age that people feel that way. After a performance, I’m the type of girl that erases my makeup immediately. However, I think putting on makeup is still a lot of fun. While shooting for music videos, I was able to see a side of myself that I never even knew existed.”

Lee Hi
Yang Hyun Suk
YG Entertainment
KPLG
1234
It's Over
Rose
How does this article make you feel?