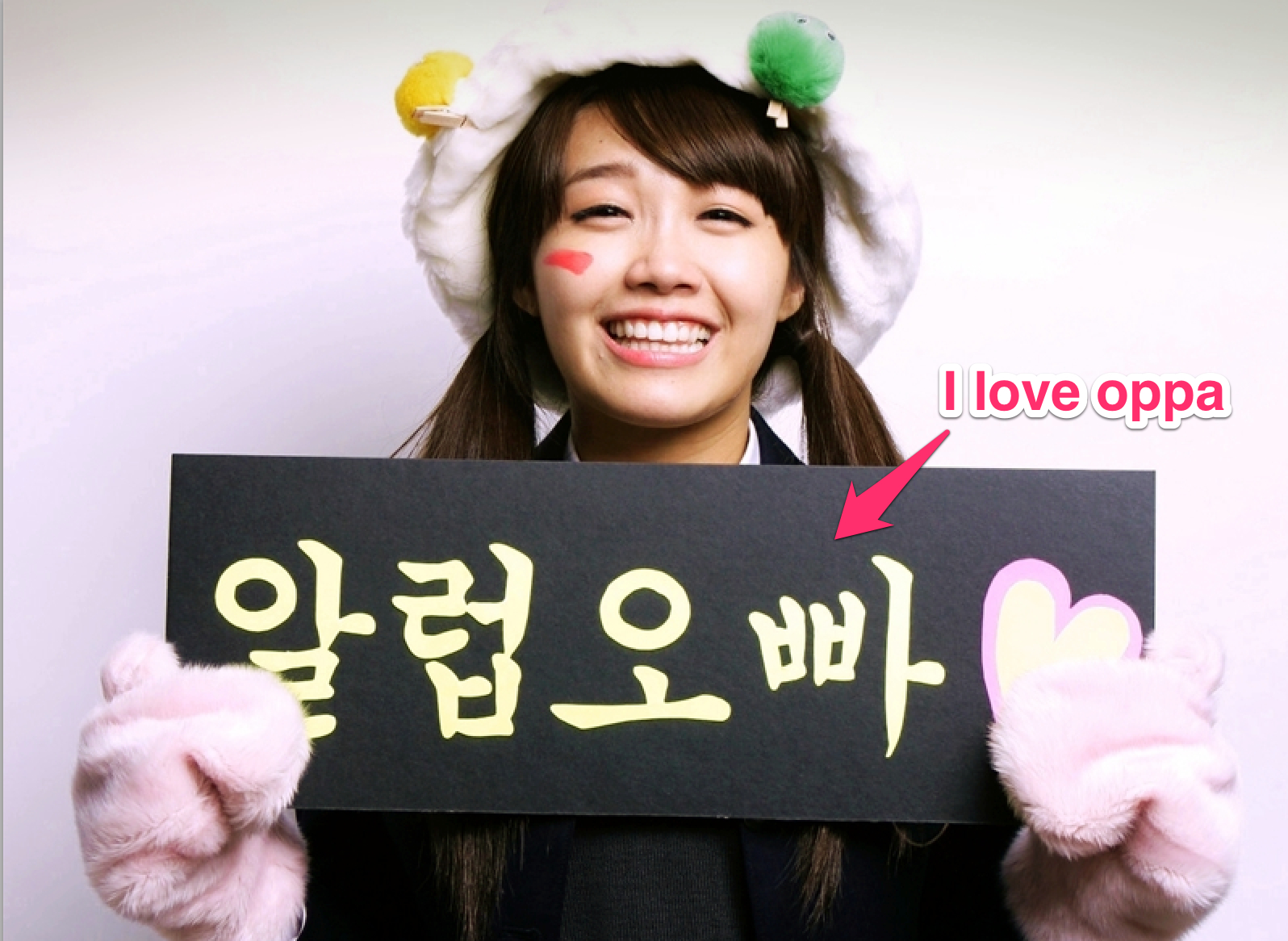 The 3rd Soompi 15th birthday gift post from our friends The One Shots: Writing about K-Pop can be more of a challenge that you think. It’s nearly impossible to get just the right balance of informative yet funny, serious yet irreverent, but The One Shots manage to find this perfect mix time and time again, and be well-written to boot. – soomp

At The One Shots, we crack a lot of jokes about the K-Pop media. We poke fun at the news coming out of K-Pop, we laugh at the weird things idols do, and of course, we fangirl and fanboy over new music. A lot of these things we couldn’t do if it weren’t for how easy Soompi has made it for us to access K-Pop culture.

The inspiration for our blog came one night, as we (2 college students) were hanging out in our dorm browsing the Internet and trying to decide if we wanted to dedicate half of our lives to building a K-Pop site. Then we randomly stumbled upon the story of how Soompi was created. I don’t know if you guys knew this, but before Soompi, there weren’t really any K-Pop hubs for international fans. So in 1998, a young fresh-out-of-college girl took it upon herself to simply translate K-Pop news from Korean to English. And from there, it grew into one of the largest international news sites for K-Pop in the world – and what you now know as Soompi.

So we thought to ourselves, if Soompi can do it from a bedroom at home, while juggling part-time jobs and grad school, we can too! And that’s how we got the motivation to start our own K-Pop website and go from just us two girls to an entire staff of awesome K-Pop writers.

Even though we have our own blog, we’re a bit of Soompi fangirls too. So to celebrate Soompi’s 15th birthday, we’re presenting you with our 15 favorite moments of idols fangirling and fanboying over other idols. Happy birthday Soompi!

Before we get into the major fan spazz action that we all love to watch and partake in, we must not forget that K-Pop isn’t just beautiful people; it’s music too. It’s music that can be appreciated from afar with no emotions involved, and as an artist in the industry, it’s natural to monitor your competition. That doesn’t mean you can’t enjoy your competition’s music though.

While I thoroughly enjoyed Doojoon and Yoseob rocking out to “No Mercy,” Chanyeol makes the list as the resident B.A.P fanboy, simply because of the clip’s ability to get Babyz and EXOtics talking to each other in a non-hostile way.

Most K-Pop fans own at least one bit of merchandise from their favorite artist and will pick up a couple of signature dance moves here and there after watching their music videos and live performances multiple times. It’s average fan behavior, and these idol fanboys are modeling it to a tee.

How do you get K-Pop’s greasiest idol to drop the “My one true love is my Inspirits” act and reveal his true feelings toward the female population? Tell him that his group will be having some mystery female guests on their reality show, but it turned out the PDs were just trolling to get the boys to clean their dorm. Too bad Woohyun did all that public fanboying for nothing because it would have been great to see some real life spazz and possibly a dance-off.

We’re pretty sure that most of the K-Pop fanboy population has a soft spot for Girls’ Generation since they are basically like the K-Pop versions of Barbies. While we have yet to see a fanboy in possession of an actual GG Barbie doll, it’s probably quite common for a fanboy to have at least a poster of their favorite girls. B1A4 sure does, and it immediately gets put up as decoration in their dorm. Now, they can shake hands with their bias every morning while honing their SNSD dance moves and feel safe in their home, with their guardian angels watching over them.

You would think that being an idol in the industry, you’d have the access you always dreamed of to your favorite star, but apparently, it can be just as hard for them to get a signed copy of an album as it is for us normal civilians. Luckily for Dongwoon, their Idol Maid, Shin Bong Sun, wanted a way into his heart and was able to score an autographed Narsha album, complete with a personal note to her biggest fan. And as expected, she gets major brownie points from the ecstatic fanboy.

Many K-Pop fans are known to have a flare for drama. “I will only love you Oppa.” “Oppa is mine.” Some take this obsession to sasaeng level. And after being on the receiving end of such sasaeng behavior a couple of times, idols should have a pretty good idea of how to be an obsessive fan themselves. While two of the examples below are pranks and the other comes from a K-drama, we know the real versions of these characters do exist out there, and frankly, it’s entertaining to see these idols place themselves in those fans’ shoes for once.

Who knew GD had some fanboy in him? It may be a prank, but we’re sure the YG Family love is there. Is it just us though or does Se7en look a little uncomfortable talking to a male fan, even if it’s all for fun?

Hara tried the meek fangirl thing, but it’s really Jokwon here who steals the show. He even throws in some anti-fan. And now we know how 2PM handles phone calls from crazy fans.

If we had the access and the time that Eunji’s character in Reply 1997 had, half of us would probably have reached her level of fangirlness. There’s no denying that Shi Won is the ultimate H.O.T fangirl, and even though it’s not really an idol doing the fangirling, Eunji’s portrayal of an obsessed Tony stan is just perfection and can’t be passed up.

Now what happens when you get to speak to your ideal type on the phone for the first time, or better yet, actually meet him/her in person? These idols may have celebrity status, but they are still human. They are still fanboys and fangirls at heart, who will spazz or go into shock if they get direct contact with their favorite idol. These have got to be our most favorite of our favorite idols being fangirls and fanboys moments because not only are they quite funny to watch, but also because of how relatable they are. We could totally see ourselves acting the same exact way if we got to speak to Song Joong Ki on the phone or receive a one-on-one recording session with T.O.P.

It’s a little strange when you’re “married” to a guy and have a childhood crush on his father. When Jo Kwon introduced Ga-In to Papa JYP on one memorable episode of “We Got Married,” we got to see the normally thick-skinned Brown Eyed Girls maknae melt into a puddle of goo at the sight of one of her biggest biases. And, boy, did that introduction pay off when they went on to make one of the smoothest hits of 2012, “Someone Else.”

Ga-In is not the only JYP fangirl. Consider the above gifs, where JYP takes off his shirt onstage at the 2012 MAMA Awards. f(x)’s Krystal and Luna aren’t impressed. Ailee, however, is beside herself with genuine excitement. Nothing is more attractive than an oppa, err, ahjussi tearing up the stage.

Yes, T.O.P is awkward, but that just adds to his charm and appeal to his fans. I’m sure Lee Hi felt the same way when she scored a one-on-one rap training session with her ideal man. Props to her for keeping it together though, perhaps out of shock, and we will forever be jealous that T.O.P called her cute.

Seulong wants to make one thing clear: he’s not afraid of anyone, not even the almighty JYP. That is, at least he thought he wasn’t, until he met his ideal woman, Shin Min Ah, for the first time in person. The manly 2AM member could barely look at her in the eye and insisted that she not turn around to face him on this ‘Strong Heart’ episode. We can almost feel his butterflies in our stomachs.

We all understand IU’s heart as a fangirl. How else can you react when you’re expected to do the “I Need a Girl” dance with Taeyang, one of the hottest guys in K-Pop? Although IU is a confident, composed soloist, she sincerely freezes up when she’s around Taeyang, her biggest bias. And how awkward is it that he knows she has a puppy love crush on him? If anything ever happens between these two, it’ll make all our little fangirl hearts sigh. Maybe fangirl dreams do come true.

If you watch Heechul enough, you’d think he was in love with himself. But actually, he’s terribly infatuated with a certain cutie of the Wonder Girls. It’s no secret that the Super Junior’s eccentric member is a huge fan of Sohee. In the above clip, he literally screams out loud when he hears that his bias is on the other line, having called into his radio show. How awesome is it that Sohee, the Wonder Girls’ most shy member, is the one who can turn one of Suju’s most loud members into a little kitten?

Even before Song Joong Ki had the best year of his career, going from simply that pretty flower boy to a not-so-innocent sexy werewolf boy, Bora had fallen in love with the actor. So when she got to speak to him on the phone, she was so happy that nothing could ruin it for her. Considering the timing, it may look like a pang of jealousy from Baby Kyumin of SISTAR’s “Hello Baby” season, but Bora’s screams of joy after being personally invited to Joong Ki’s movie premiere easily masked any screams of pain from the major hair pulling going on.

Girl’s Day must have been dying in envy during that Bora phone call above, but all that was released in a major spazz attack when they got a phone call of their own to their favorite actor on an episode of “Weekly Idol.” From fighting over ownership of the man to confessing their love to him personally over the phone with a simple “Oppa, saranghae” and then completely losing it, these girls did everything any spazzy K-Pop fangirl would do. And the fact that Joong Ki remained so composed and polite throughout the whole thing just made him even more attractive. Keep up the fangirling Girl’s Day because we certainly appreciated it.

What are your favorite moments of idols being fangirls and fanboys? Share with us below, and don’t forget to wish Soompi a happy birthday!