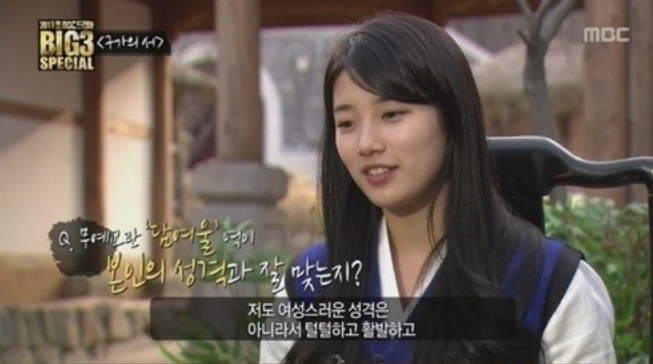 Suzy Says Her Personality Is Active and Tomboyish

When asked if the character Dam Yeo Wool in “Gu Family Book” was similar to her own personality, Suzy replied, “My own personality isn’t feminine. I am active and tomboyish, rather than girly.”

She continued, “I have always had a lot of aegyo. When I am at the set, I really want to create a happy atmosphere, and so that is why I become very chatty.”

Suzy also added, “I used to learn Taekwondo when I was younger, so I think I have a lot of things in common with Dam Yeo Wool.”